By adamant, history, 4 months ago,

Today, I participate in AtCoder contest, which I quite rarely do. Of course, my performance was quite poor, but I stumbled with quite nice idea along the way. To those who didn't read it, the problem goes as follows:

My approach is very different from the one in the editorial, and seems insightful to me, so I decided to share it in detail.

Besides, I can't reject the request by Um_nik to explain it further :D

We may construct a directed graph, such that each edge is marked by a, b or c, and so that the string is valid if and only if there is a walk from the starting vertex so that concatenation of characters on traversed edges form the string. The graph looks like this:

From the graph structure it follows that

Note that this is also one of common approaches to construct a regular expression for given DFA.

This may be expressed as a system of linear equations, and the whole answer is given as

I'll be honest here, I don't exactly know the way to compute it manually, but matrixcalc suggests that the answer is

Note that the computation is not exactly pretty: 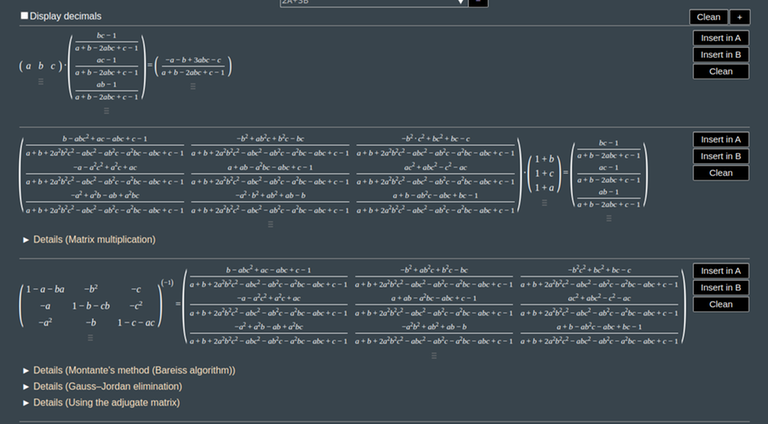 Um_nik orz for computing it manually!

What to do with the generating function?

I was hesitant to publish this blog until I got the actual working solution here. Big thanks to Golovanov399 for sharing it!

Well, first of all multiplying both parts by the denominator we get that

From the formula above it follows that

However, the problem requires the solution in $$$O(A+B+C)$$$ and, luckily, it is also possible to find it from the generating function!