By Endagorion, history, 7 years ago,

I'm terribly sorry for the delay.

You were asked to print the product of n large numbers, but it was guaranteed that at least n - 1 are beautiful. It's not hard to see that beautiful numbers are 0 and all powers of 10 (that is, 1 followed by arbitrary number of zeros). If there is at least one zero among the given numbers, the product is 0. Otherwise, consider the only non-beautiful number x (if all numbers are beautiful, consider x = 1). Multiplying x by 10t appends t zeros to its decimal representation, so in this case we have to find the only non-beautiful number and print it with several additional zeros.

We tried to cut off all naive solutions that use built-in long numbers multiplication in Python or Java. However, with some additional tricks (e.g., ``divide-and-conquer'') this could pass all tests.

Let's save the original positions of skills and then sort the skills in non-increasing order (almost decreasing) by current level. We can always restore original order after.

Imagine that we have decided that we want to use the minimum level X and now we're choosing which skills we should bring to the maximum.

At first, let's rise all skills below X to level X, this will set some tail of array to X. But the original array was sorted, and this new change will not break the sort! So our array is still sorted.

Obviously, the skills we want to take to the maximum are the ones with highest current level. They are in the prefix of array. It is easy to show that any other selection is no better than this greedy one.

Now we have shown that the optimal strategy is to max out the skills in some prefix. Now let's solve the problem.

Let's iterate over prefix to max out, now on each iteration we need to know the highest minimum we can achieve, let's store the index of the first element outside the prefix such that it is possible to reach the minimum level  ≥ arrindex.

It is easy to recalc this index, it slightly moves forward each turn and, after precalcing the sum of all array's tails, you can update it easily (just move it forward until the invariant above holds). And knowing this index is enough to calc the current highest possible minimum level (min(A, arrindex + ⌊ sparemoney / (n - index)⌋).

How to restore the answer? Actually, all you need to know is the count of maximums to take and minimum level to reach.

Surprisingly, the nice cuts can't be put randomly. Let's take a look on the first picture above (red lines represent nice cut points). But since the necklace is symmetrical relative to nice cuts, the cut points are also symmetrical relative to nice cuts, so there is one more cut (see picture two). Repeating this process, we will split the whole necklace into parts of the same size (picture three). 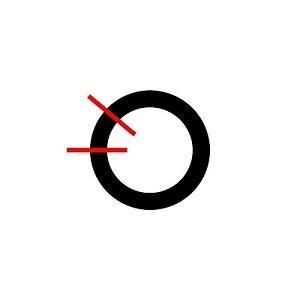 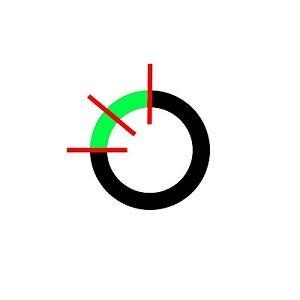 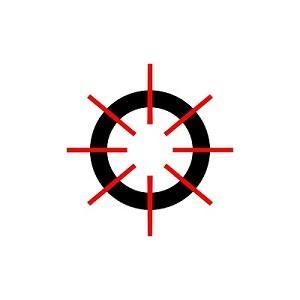 If the number of parts is even, then each part can be taken arbitrarily, but the neighbouring parts must be reverses of each other (e.g. "abc" and "cba"). This is an implication of the cuts being nice.

If the number of parts is odd, then each part is equal to each other and is a palindrome, this is an implication of the cuts being nice too.

Anyway, the number of characters in each part is equal, so amount of parts can't be greater than

. Actually, it may be zero,

Bonus. How to solve problem, if you are allowed to discard any subset of beads before constructing necklace?

Bonus. Given a necklace scheme (like one you were asked to output), how to determine number of nice cuts, O(sum), no suffix structures or hashes?

Obviously, the answer is -1 iff two important cities are adjacent.

If there was a single query, can we answer it in O(n) time? Let's choose a root arbitrarily. We can note there is an optimal answer that erases two types of vertices: vertices that lie on a vertical path between two important vertices, or LCA of some pair of important vertices.

Let's do a subtree DP that counts the answer for the subtree of v, as well as if there is any important vertex still connected to v in the answer. How do we count it? If v is important, then we should disconnect it from any still-connected vertices from below by erasing these children which contain them. If v is not important, then we erase it iff there are more than one still-connected important vertices below. All calculations are straightforward here.

How do we process many queries now? There are many possible approaches here (for reference, look at the accepted solutions). The author's solution was as follows: if we have a query with k important vertices, then we can actually build an auxiliary tree with O(k) vertices and apply the linear DP solution to it with minor modifications.

How to construct the auxiliary tree? We should remember the observation about LCAs. Before we start, let us DFS the initial tree and store the preorder of the tree (also known as "sort by tin"-order). A classical exercise: to generate all possible LCAs of all pairs among a subset of vertices, it suffices to consider LCAs of consecutive vertices in the preorder. After we find all the LCAs, it is fairly easy to construct the tree in O(k) time. Finally, apply the DP to the auxiliary tree. Note that important cities adjacent in the auxiliary tree are actually not adjacent (since we've handled that case before), so it is possible to disconnect them.

If we use the standard "binary shifts" approach to LCA, we answer the query in

time, for a total complexity of

The key observation: any way to cross out the word w looks roughly as follows:

That is, there can be following parts:

Note that the "forward" direction can be either to the left or to the right. It is convenient that for almost any such way we can determine the "direction" as well as the places where different "parts" of the path (according to the above) start. To avoid ambiguity, we will forbid a = 1 or b = 1 (since such parts can be included into the "snake").

Fix the direction. We will count the DP dx, y, k for the number of ways to cross out first k letters of w and finished at the cell (x, y) while being inside the snake part of the way. The transitions are fairly clear (since the snake part only moves forward). However, we have to manually handle the first and the last part. For each cell and each value of k we can determine if the "go-back-then-go-forward" maneuver with parameter k can be performed with the chosen cell as finish; this can be reduced to comparing of some substrings of field of rows and the word w (and its reversed copy). In a similar way, for any state we can check if we can append the final "go-forward-then-go-back" part of the path to finally obtain a full-fledged path.

This DP has O(n2) states and transitions. However, there are still some questions left. How do we perform the substring comparisons? There is a whole arsenal of possible options: (carefully implemented) hashes, suffix structures, etc. Probably the simplest way is to use Z-function for a solution that does O(n2) precalc and answers each substring query in O(1) time (can you see how to do it?).

Also, there are paths that we can consider more than once. More precisely, a path that consists only of the "go-forward-the-go-back" part will be counted twice (for both directions), thus we have to subtract such paths explicitly. Every other path is counted only once, thus we are done. (Note: this does not exactly work when w is short, say, 4 symbols or less. The simplest way is to implement straightforward brute-force for such cases.)