This is the editorial for Croc Champ 2012 - Final

One day, I applied to write another round in Codeforces. To my surprise, I was offered to write CROC instead. I'm quite surprised they offer me (an unknown programmer from a notorious country) to write for such an important match! So I happily oblige — kudos for the open culture nurtured by Codeforces!

I like most the problems of this final round. I think all of them are beautiful in some aspects :). Oh, and all of them emits such concise solutions ;).

This problem is equivalent to calculating the number of reachable locations from point (0, 0) by doing the allowed moves.

The naive solution is to process the information one by one from first to last, and to keep track on all the reachable positions.

Claim: At any moment in time, all reachable locations as described above forms a "diamond".

An extremely informal proof is by induction:

For instance, let's use the first example:

Initially, there's only one possible location (namely, (0, 0)). It forms the basis of our induction: a diamond with width=1 and height=1.

Then, "UL" (and also "DR") extends the height of the diamond into a 2x2 diamond:

Finally, "ULDR" extends both the height and the width of the diamond into a 3x3 diamond:

And so there's 9 possible locations.

To see that this claim is true, suppose by induction our locations so far forms a diamond. By symmetry we only need to see that in the "UR" case, its width is increased by one (I'll omit the similarly seen "ULDR" case). The idea is the new possible locations = the previous diamond shifted one step up UNION that diamond shifted one step right. Indeed, the union of these two diamonds accounts for both the "U" and the "R" moves.

It's not hard to proof that the union of two diamonds with equal dimension that is displaced by vector (1, 1) forms the same diamond with its width increased by 1.

So, the solution is to keep track the dimension of the diamond, starting from a 1x1 diamond. Then, simply return width * height.

After this is done, simply sum the maximum number of flamingos of each binocular. This works in O(M^3). Note that this problem can be made to run in O(M^2 log M), but coding that solution is sort of... boring ;3.

Actually havaliza prepared a much nicer B problem. Unfortunately, we found out at the last moments that the problem may be too similar to a problem (that is used a looooooooong time ago), so we decided to switch that problem with something else. And that's why this problem is here.

It's too bad, the problem proposed by havaliza is actually very nice. Perhaps we will see it in one of the upcoming rounds :)

Let's drop the (modulo K). That is, the rule becomes:

Notice that this problem is then equivalent to finding the maximum possible K such that the above equation holds for all edges, modulo K.

While we still dropping the "modulo K" thingy, we try to calculate the values of each node. We iterate over each node, and if we haven't processed the node:

For instance, sexyprincess91 implemented this. 1632321

As a result of our discussion, to maximize the expectation, it boils to maximizing the sum over Xij. Hence, we receive our first solution: Calculate the value of all Xij, and pick the N largest value. A DP implementation allows us to accumulate all Xij value in O(N*N*M) time, yielding an O(N*N*M) solution.

Now, observe that Xij = f(N, i, j). Indeed, this is one of the possible DPs that can lead to the O(N*N*M) solution. However, we will show that we do not need to compute f(n, i, j) for all possible inputs if we're asked to find only the N largest values of Xij.

Hence the algorithm works as follows. First, we create a pool of numbers Xi1, for all i, totalling M numbers. Then, we iterate N times. In each iteration, we pick the largest number in the pool, say, Xij. Then, we add Xij as one of the K largest values. Then, we take out Xij from the pool, and insert Xi(j+1) as its replacement. That it correctly picks the N largest Xij values follows immediately from our argument in the paragraph preceeding this.

Yes, somebody did this in the contest :). Dmitry_Egorov 1632270 saved my problem from loneliness :)

Its correctness is immediate as long as epsilon is reasonably small (since f(N, size, i) is non-increasing with respect to i). What is the complexity of this very simple algorithm?

I am unable to come up with a hard, solid proof, but since f(N, size, i) exponentially falls (except if some probabilities are 1, in which case some other T-shirt must have less value to worry on), the complexity is somewhere near O(N * N). Indeed for the current set of test cases, its speed exceeds that of the intended solution.

Although rng_58 do not implement this exact algorithm, he used the <EPS ignore idea in his solution 1631960

I really really wanted to link Gerald's handle in the statement :). Too bad Codeforces doesn't support it.

Brute force P: the number of Packages each kid will have at the end. There are at most N/M possible such value. We will assume that P is fixed during our discussion.

If we know P, we know that if kid i purchases a total of X candies, then kid i+1 must purchase at least X+P candies (1 more than each package purchased by kid i). Hence, assume that money[i] <= money[i+1] — P.

Two consecutive packages purchased by the SAME kid must differ by at least M. Indeed, otherwise there are less than M-1 packages for the other M-1 kids to buy from (Pigeonhole rocks by the way).

For the sake of our discussions below, we refer to the following example with N=8, and M=3 kids. The allowances of the kids are 7, 10, and 14.

We claim that the optimal solution can be computed rather... easily with the following greedy algorithm: (assume that the candy packages kid 0 purchase is sorted in an ascending order). We iterate over the remaining kids, starting from kid 1. First, let the kid purchase the minimum possible candies:

Next, if the allowance is still greater than the sum of candies, and if one of his package(s) can still be shifted to the right while maintaining the condition that a possible solution exists, do so. If there are multiple package(s) that can be shifted, shifting any of them does not change the optimal answer.

We iterate this once more for kid 2, obtaining:

And we're done. It's arguably the maximum possible value, since there is no reason why we shouldn't shift a package for a kid to the right if we can (formal proof by contradiction).

Claim: If we know the packages for kid 0, the maximum total candies purchased can be computed in O(M), where M is the number of kids.

The algorithm simulates our discussion above. However it is not obvious how to do that in O(M). So, suppose kid 0 purchase the candies like this:

Now, try putting the other P-1 packages into the minimum possible locations:

The packages inside the yellow boxes denote what we will call FREEDOM. Basically FREEDOM is the count on how many times we can at most shift a package to the right as in our discussion above.

Now, consider kid 1. First, as in our discussion, kid 1 takes the minimum amount of packages, which is equal to sum[kid 0] + P. Next, he will attempt to shift the packages if possible. Notice that the only thing that affects the overall sum of the candy is only the number of shifts performed, not which package actually got shifted. So, this means that, the amount of shift can be easily calculated by min(money[1] — (sum[kid 0] + P), FREEDOM). And then, FREEDOM is deducted from this value, while the amount of candies purchased by kid 1 is incremented by this value.

Hence, simulating the algorithm in our discussion if we're only to output the total amount of candies can be done in O(M).

The result of our discussion so far is this. Notice that the last algorithm only depends on how many candies kid 0 purchased, and FREEDOM.

Now we will remove the assumption that we know which packages kid 0 decides to purchase.

Claim: It is optimal for kid 0 to purchase as many candies as possible.

Suppose kid 0 does not purchase the maximum possible of candies he can purchase. Now, consider whether or not kid 1 "shifted" his candies.

Okay, now we know the sum of candies that we should give to kid 1. Since the performance of our algorithm increase with FREEDOM, we should next try to maximize FREEDOM.

Claim: FREEDOM depends only on the position of the FIRST candy package purchased by kid 0.

This can be shown by simple computation, and its equal to N — pos — M*P (or something like that).

Hence, we should try to minimize the first candy package purchased by kid 0, while keeping the sum maximum. This can be done in O(1) using a bunch of N*(N+1)/M * P formulas.

Hence, since there are N/M package numbers to be brute forced, and each iteration uses O(M) time, the total complexity is O(N/M) * O(M) = O(N).

Thank you for participating in the match! 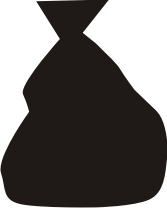 Hope to see you again!