By Alex_KPR, 8 years ago, translation,

Let's continue with our chat. :) 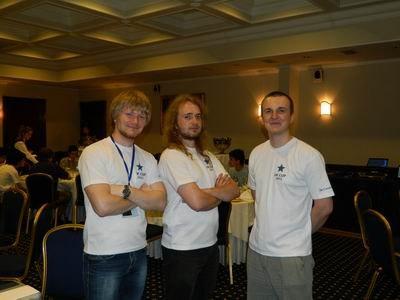 The scheme of the opening was absolutely unusual. The participants were invited into a hall with several round tables, each table had enough room for eight people. There we were offered dinner. Just like that, no onerous introductions. The breakfast was far back in the morning and there was no dinner per se in the schedule (and some participants didn't even make it to the breakfast). So the precious tables full of morsels gathered huge queues.

When the food was finished, the drowsy-eyed and now much better disposed guys were addressed to by MikeMirzayanov who delivered the introductory speech, wished everybody not to see any confusing messages about failed final tests and of course, good luck. Soon the souvenirs started to be given out: VK Cup and Codeforces prize T-shirts, notebooks, pens. While a participant was walking solemnly through the whole hall, the screen showed his photo, often a rather funny one. The organizers must have asked to send it beforehand. That was a splendid idea and we've got a splendid spectacular ceremony instead of a standard boring greeting. 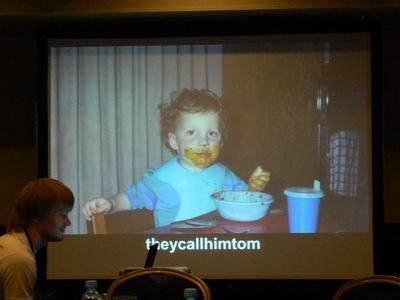 I personally remembered the gorgeous photos of theycallhimtom, immediatel nicknamed as ''why so serious?'', meret in military uniform and Ra16bit, shouting into a payphone, wearing a google kerchief, tied in an ''industrious gardener'' style. Soon the heavy artillery of Vkontakte came in. After Pavel Durov's short but vivid speech we had only about 20 minutes left before the start of the boat adventures.

Boating meant travelling along St. Petersburg canals, listening to the tourist guide's monologue. The participants were justly separated into Russian-speaking and non-Russian speaking and seated into two small vessels. Everything started quite plainly: cold St. Petersburg weather, the monotonous voice of a woman who talked about numerous deaths, wet waves that were about to splash on those of us who sat close to the edge. However, the vessel's lower part was much warmer and everybody cheered up a bit. Fefer_Ivan used the time in-between his frequent arguments with homo_sapiens to play the troll against the tour guide woman, but she had her revenge on him too, -XraY- learned to operate his new photo camera, ilyakor confidently acted for the camera. 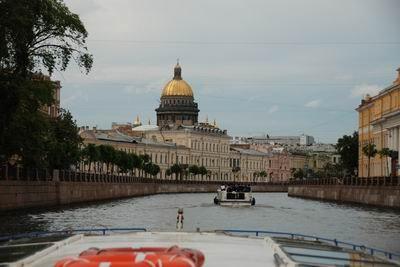 We went up again, this time in a small company headed by dzhulgakov, we decided to watch the city's sights, make some photos, and listen to the tour guide.

Pelicans have been considered sacrifice birds since ancient times. In Tsarist Russia people couldn't understand how pelicans feed their young, since, as you know, there was no Internet or TV...

On that point we, figuratively speaking, fell down and rolled on the floor laughing for like ten minutes. Not that's a real problem — feeding the young without TV or the Internet!

And Pavel Durov, with his talent to transform from an official figure to 'one of the lads' by putting on his 'Vkontakte' labeled cap, produced an absolutely marvelous impression. He managed to click with everybody immediately, support conversation on the subjects that were interesting for the participants, he made jokes but listened to others carefully. What else can I say? He's a really charismatic person. 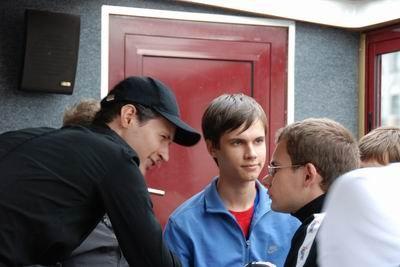 So we got to our rooms in a wonderful mood. I hope that after such rest the participants will be morally prepared to Code Game Challenge and the test contest. Let's wish them good luck!

There are many photos, so follow the link instead of a fashionable tag. :)