By Alex_KPR, 9 years ago, translation, 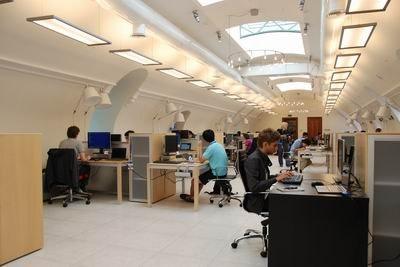 ...and we slowly move on to the next VK Cup day — the day dedicated to CodeGame and the trial tour.

Strange as it is, the morning began with breakfast in the hotel. Fresh grapefruit juice and still hot buns raised our mood perfectly. By eleven o’clock the participants gathered in the hall to transport to the Vkontakte office.

The clouds hung in the sky threateningly, however, there was no rain. Everybody coped with a short walk, quickly got to the seventh floor and took their working seats waiting for the trial tour. The actual trial tour, consisting of three problems and conducted by the Codeforces rules with dynamic assessment of costs, began a little late. The results are available by this link.

tourist took the bull by the horns immediately. He hacked severely the solutions sent for problem C. At some point the situation reached its climax: it was clear that even if Gennady fails all problems on the final contest, he won’t be able to fall lower than the second place. 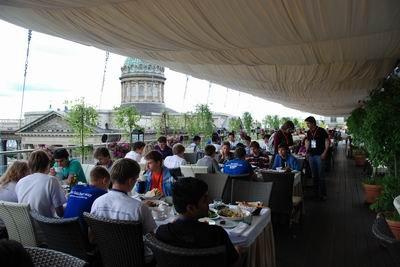 The participants rushed to have lunch, discussing the problems vivaciously. The meal was organized in a restaurant on the sixth floor with a beautiful view on Kazan Cathedral. The waitresses did their best but our hungry crowd exceeded all their expectations. On the plus side, we had plenty of free time to conduct photo sessions! So the new album, dedicated to the second day of VK Cup, will have photos made by dzhulgakov, -XraY- and, traditionally, me. :)

And then, according to the timetable, began the stage of writing artificial intellect for the CodeGame cars. In a nutshell, the rules are like that: four cars pick flags, have a go at each other now and then, sometimes spit out a BelAz wheel. If they manage to get to the base in time, they are fixed; if the number of lives drops below zero, they burn in a hellfire. Correct me if I’m wrong but for some reason all CG, connected with Saratov in this or that way, turn out surprisingly like each other. Five years ago our tank called ‘‘Pedalny’’ (Rus. ‘’Pedalled’’) won the honorous last place in absolutely identical tank races, but that’s a whole different story. 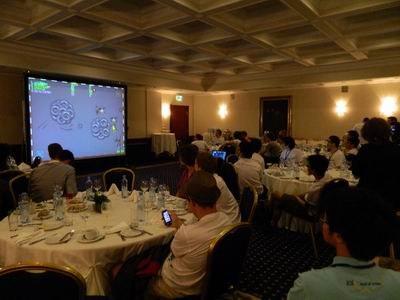 In the evening the dinner was followed by the CodeGame Show, predicted by the good old schedule. The cars rushed to earn points, accompanied by cheerful Mortal Kombat OST music. I think that the most powerful bots were created by rudradevbasak and iwiwi. ilyakor was a real laugh, he called his can ‘’SheremetyevoTaxi’’ (Sheremetyevo is an airport in Moscow). Everybody watched the event interestedly and applauded to the leaders.

tourist, iwiwi, yeputons and rudradevbasak got to the finals. iwiwi chose the most aggressive tactics for his car, this decision earned him some heavy hits in his car hood. It’s easy to judge somebody when you aren’t in this person’s shoes but I would say that he suffered from his own lack of caution: he let himself get killed in two of three final battles, while other players tactfully and cautiously retreated to the base when they had few lives left. rudradevbasak endowed his car with predicting talent and picked a flag only if he managed to get to it in time, tourist dazzled us with his car’s maneuverability, and yeputons successfully shot the opponents with the wheel, one by one. 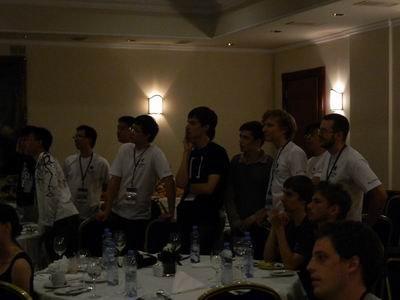 The four finalists played three games with each other and got the following places:

The first three places were awarded with brand new ipads and photo cameras. And we are about to face the most important day of VK Cup — the day of the final round.

The link to the photo album of the second day is here.