Programming Club, IIT Indore and Fluxus 2017 are proud to present, for the first time on Codeforces, our flagship event, Divide By Zero! 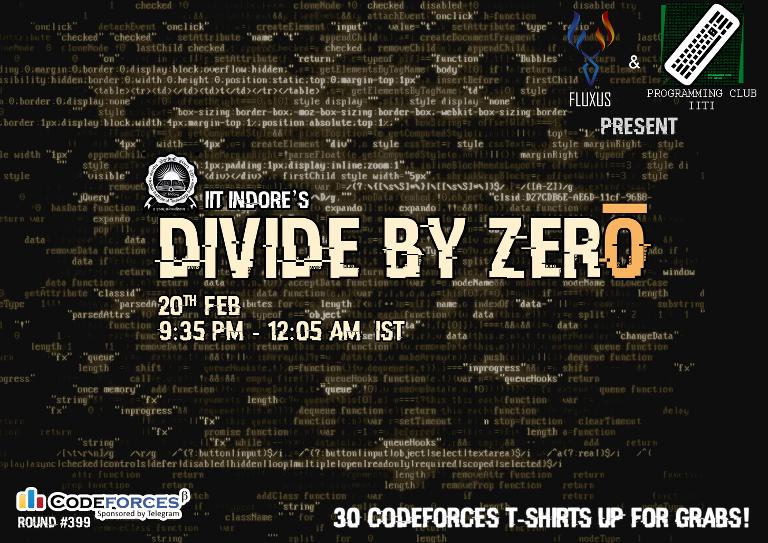 Prizes: Codeforces T-shirts for top 15 overall and top 15 in India.

Thanks to the following people for making this round possible:

There are 7 problems, and 2.5 hours to solve them. The points distribution will be updated later.

Fluxus is the annual techno-cultural festival of Indian Institute of Technology, Indore. It is a 3-day event and generally held in the month of February. Started in 2011, Fluxus is the largest college festival of central India.

UPD2: Thanks a lot everyone for your participation!

We hope you all enjoyed the contest. Yes, there were a few things we could've done better, and unfortunately the system was down for a while, We sincerely thank the CF team for dealing with it in the nick of time.

This was our first (of many, hopefully) contest on Codeforces. We request you to fill in this form with your feedback so that we can do better next time. Thank you!