By MiptLited, 3 years ago, translation, 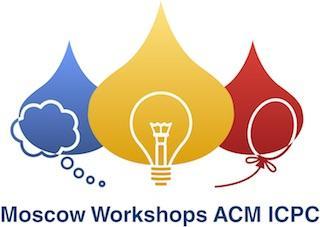 In the lead-up to the ACM-ICPC World Finals we invite everyone to participate in Moscow Pre-Finals ACM ICPC Workshop, that will be held 10-17 of April 2017 at the campus of the Moscow Institute of Physics and Technology ( MIPT). The event is organized by one of the leading Russian universities, MIPT and ITMO.

The Moscow Pre-Finals ACM ICPC Workshop is the unique event in the world of competitive programming. Every year teams from 20 different countries from Europe, Asia and the USA meet at one platform. Many teams participated in this Workshop turn out to be the prize-winners and winners of the the ACM-ICPC World Finals. In 2016 8 out of 13 teams that were awarded medals at the Finals took part in the Moscow Pre-Finals Workshop ACM ICPC at MIPT.

This year the organisators have made possible the remote participation which includes: 2 consultations (1,5 hour each); access to the contests; access to the contest-analysis; electronic certificate for the team; the lower price: the cost for one teams is 1300$. If you want to participate remotely or you have any questions, write here: acm@phystech.edu

The Workshop is going to be held in accordance with the two divisions scheme. We invite finalists to participate in the first division (Div.A) and other teams who want to train before the next season in the second division (Div.B). The official language is English.

The participation cost for one person is $590. The cost includes the full curriculum, food and accommodation at the MIPT campus, as well as the sports and sightseeing schedules on days-off. Registration is here

Also, before the Workshops, we invite the teams of division B to participate for free in the contest, which gives you the discount on participation in Moscow Pre-Finals ACM ICPC Workshop! (1st place — 50% ; 2nd place — 30%; 3d place — 20%)

UPD Thanks to all the participants and our congratulations to the winners!

2 Lords of (the) Homeless