Hello!
The pilot Unknown Language Round #1 will take place soon (Monday, 21 February). It will be the usual ACM-ICPC unrated contest. The only feature - you will be able to submit problems using the only one, not very popular language. What? It's a secret!
MikeMirzayanov
UPD: The language annoncement will be available about 5 minutes before the contest.
The contest language is Tcl. Tcl (originally from "Tool Command Language", but conventionally rendered as "Tcl" rather than "TCL"; pronounced as "tickle" or "tee-see-ell") is a scripting language created by John Ousterhout (from Wikipedia article). Here is the sample program which reads and writes a single integer number:
You may use "Custom Test" feature (see contest user interface) to run your programs.
UPD: The contest is over: final standings link. Do you like the contest?

Announcement of Unknown Language Round #1

codeforces, unrated round
Codeforces Beta Round #56
By Aksenov239, 10 years ago, translation,

I'm the author of today's contest. On today's contest you will meet with a big amount of funny persons (or not only persons; :-)!), who had problems, and you should try to help them.

This Round was prepared with help of Rakhov Artem and Maria Belova.

I wish you high ratings!

Announcement of Codeforces Beta Round #56

While the world community of participants of programming contests is waiting with bated breath for the news about new date and place of the Final, we decided not to delay the next round and prepared some problems on the train from Petrozavodsk to Saratov. In preparation were involved Mike Mirzayanov, Artem Rakhov and Max Ivanov. Tasks were translated into English by Maria Belova.

Announcement of Codeforces Beta Round #55 (Div. 2)

This contest has been prepared by Artem Rakhov and other participants of Petrozavodsk Training Camp from Saratov State University. We stopped solving problems of the camp, missed the lecture by Vitaly Goldstein (do not be angry, Vitaly), but the round has been prepared and we are waiting for you - the participants.

Announcement of Codeforces Beta Round #54 (Div. 2)

codeforces, codeforces round 54
Codeforces Beta Round #53
By nevidomy, 10 years ago, translation,

Good evening!
Congratulation to all on the day of student, calm sessions, easy exams and a lot of new knowledge! I also want to congratulate those girls (women) whose name is Tatiana on their Angel Day.
I am glad to invite you to participate in Codeforces Beta Round 53. Today's round was prepared Michael Mirzayanov, Nevidomy Vitaliy, Artem Rakhov and Maria Belov, problems author is nevidomy.
Contest is over.
Congratulations to the winner: tourist. After the round he becomes first "General" of Codeforces!!! Link to results: http://codeforces.com/contest/57/standings
Analysis
Nevidomy Vitaliy and Codeforces team.

Announcement of Codeforces Beta Round #53

codeforces, codeforces round 53
Codeforces Beta Round #52 (Div. 2)
By RAD, 10 years ago, translation,

Good evening!
I am glad to invite you to participate in Codeforces Beta Round #52 (Div. 2). Today's round was prepared Michael Mirzayanov, Max Ivanov and Maria Belov.
It's possible that "out of the competition"-participants will not be able to use the tab "hacks". Do not panic, on the next Div. 2 Round we will necessarily fix it.
Good luck!
Artem Rakhov and Codeforces team

Announcement of Codeforces Beta Round #52 (Div. 2)

codeforces
Codeforces Beta Round #51
By yaro, 10 years ago, translation,

Today's round problems authors are we — Rei and yaro. We've been thoroughly selecting the problemset, so hope you'll enjoy the final edition.

Thanks to problem coordinator Artem Rakhov for invaluable help in round preparation, and to those, who makes codeforces more comfortable, functional and stable.

Announcement of Codeforces Beta Round #51

The year 2010 is over and of course, we are all ready not only to meet the Old Style New Year, which is a Russian national holiday. We are also ready to learn the names of those awarded by the Cormen Medal in 2010. 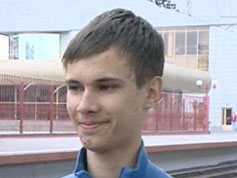 First, nomination "The Best 2010 Secondary School Contest Participant". And the winner is... (drum-roll) Gennady Korotkevich. He took part in 5 out of 6 WPS (Winter Programming School) Olympiads organized by the Codeforces and won each of them! He participated individually in the team contest, but nevertheless got ahead of all the contestants.

The Cormen Medal in &quot;The Best 2010 Participant" nomination gets... Gennady Korotkevich! Over the previous year Gennady participated in 15 Codeforces rounds and won 5 of them. He also was among the five leaders in 9 rounds. The phenomenal success may be due to the fact that Gennady studies in the 10th grade. Bravo, tourist! Codeforces wishes Gennady to have new victories and achievements! 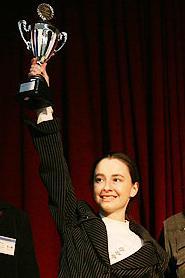 In the nomination "The Best 2010 Problemsetter" Natalia Bondarenko. This year Natalia spectacularly finished the career of an ACM ICPC participant (let me remind you that she got the final's golden and silver medals and won NEERC 2008). Natalia also studies in Saratov State University as a postgraduate student and is a huge help to Codeforces with organizing rounds, preparing interesting tasks. Her list of achievements includes preparing 5 contests, writing 19 tasks and helping to organize yet more. Thank you, natalia. We gladly give the victory in this nomination to you and wish you further fruitful work.

Thanks to all those who took interest in the project in the previous year. We are very glad that our contests find their participants who share their impressions on Codeforces pages. 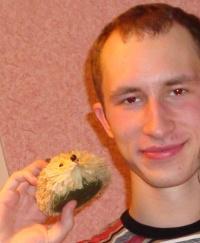 This CodeForces Round, 50-th already, will be carried out by me, Max Ivanov (e-maxx).

I invite to this round all schoolchildren who have just returned from their training camp "LKSH.Winter" - not to give their brains an excess respite, and all students - to distract from all the troubles caused by such a fearful phenomenon as the Examinations :)

The contest is over, congratulations for the winner - RAVEman!

The problems in this round will be five stories from a life of one Hedgehog (don't be surprised - hedgehogs are my loved creatures :) ).

Announcement of Codeforces Beta Round #50 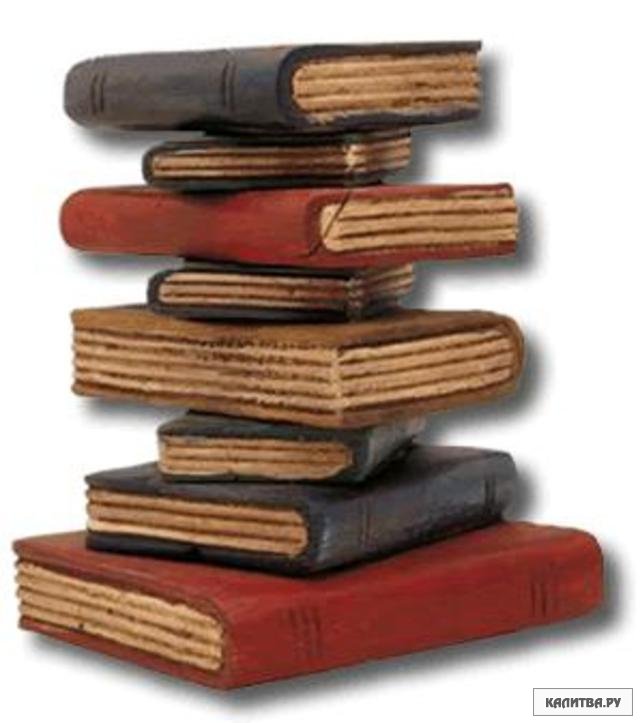 Codeforces had accumulated a many interesting problems, so it time to make own problemset. So today was not in vain – I’m presenting you the problemset of Codeforces. Perhaps the only reason we need it - is to make it easier to solve problems after the contest and understand what solved, and what does not. There were request in comments. I do not think that it is important feature, but someone will be more convenient: and it was good.
MikeMirzayanov,
archivator