→ Attention
The package for this problem was not updated by the problem writer or Codeforces administration after we've upgraded the judging servers. To adjust the time limit constraint, a solution execution time will be multiplied by 2. For example, if your solution works for 400 ms on judging servers, then the value 800 ms will be displayed and used to determine the verdict.
→ Virtual participation
Virtual contest is a way to take part in past contest, as close as possible to participation on time. It is supported only ICPC mode for virtual contests. If you've seen these problems, a virtual contest is not for you - solve these problems in the archive. If you just want to solve some problem from a contest, a virtual contest is not for you - solve this problem in the archive. Never use someone else's code, read the tutorials or communicate with other person during a virtual contest.
→ Problem tags
constructive algorithms
games
math
*1600
No tag edit access
→ Contest materials
The problem statement has recently been changed. View the changes.
×

You've got a rectangular table with length a and width b and the infinite number of plates of radius r. Two players play the following game: they take turns to put the plates on the table so that the plates don't lie on each other (but they can touch each other), and so that any point on any plate is located within the table's border. During the game one cannot move the plates that already lie on the table. The player who cannot make another move loses. Determine which player wins, the one who moves first or the one who moves second, provided that both players play optimally well.

A single line contains three space-separated integers a, b, r (1 ≤ a, b, r ≤ 100) — the table sides and the plates' radius, correspondingly.

In the first sample the table has place for only one plate. The first player puts a plate on the table, the second player can't do that and loses. In the second sample the table is so small that it doesn't have enough place even for one plate. So the first player loses without making a single move. 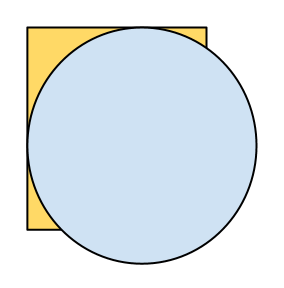