Mashmokh is playing a new game. In the beginning he has k liters of water and p coins. Additionally he has a rooted tree (an undirected connected acyclic graph) that consists of m vertices. Each vertex of the tree contains a water tank that is empty in the beginning.

The game begins with the fact that Mashmokh chooses some (no more than k) of these tanks (except the root) and pours into each of them exactly 1 liter of water. Then the following process is performed until there is no water remained in tanks.

Suppose l moves were made until the tree became empty. Let's denote the amount of water inside the tank of the root after the i-th move by wi then Mashmokh will win max(w1, w2, ..., wl) dollars. Mashmokh wanted to know what is the maximum amount of dollars he can win by playing the above game. He asked you to find this value for him.

Consider that the vertices of the tree are numbered from 1 to m. The root of the tree has number 1.

Output a single integer, the number Mashmokh asked you to find.

The tree in the first sample is shown on the picture below. The black, red, blue colors correspond to vertices with 0, 1, 2 liters of water. 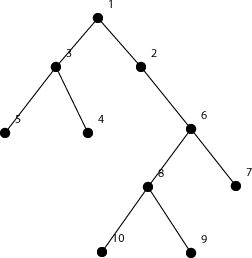 One way to achieve the maximum amount of money is to put 1 liter of water in each of vertices 3 and 4. The beginning state is shown on the picture below. 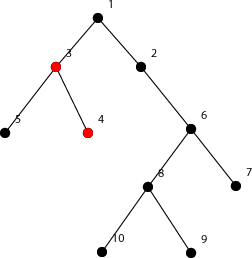 Then in the first move Mashmokh will pay one token to close the door of the third vertex tank. The tree after the first move is shown on the picture below. 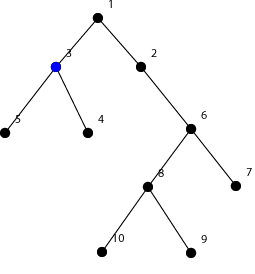 After the second move there are 2 liters of water in the root as shown on the picture below. 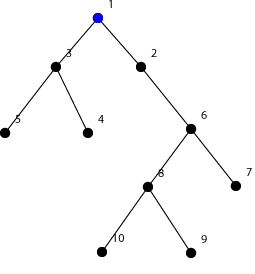