The hero of the Cut the Rope game is a little monster named Om Nom. He loves candies. And what a coincidence! He also is the hero of today's problem. 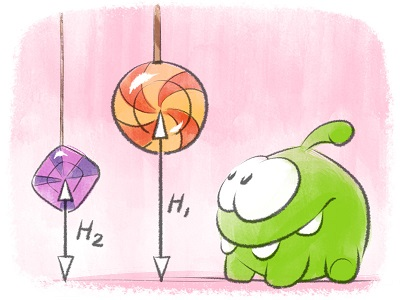 One day, Om Nom visited his friend Evan. Evan has n candies of two types (fruit drops and caramel drops), the i-th candy hangs at the height of hi centimeters above the floor of the house, its mass is mi. Om Nom wants to eat as many candies as possible. At the beginning Om Nom can make at most x centimeter high jumps. When Om Nom eats a candy of mass y, he gets stronger and the height of his jump increases by y centimeters.

What maximum number of candies can Om Nom eat if he never eats two candies of the same type in a row (Om Nom finds it too boring)?

Print a single integer — the maximum number of candies Om Nom can eat.