Om Nom really likes candies and doesn't like spiders as they frequently steal candies. One day Om Nom fancied a walk in a park. Unfortunately, the park has some spiders and Om Nom doesn't want to see them at all. 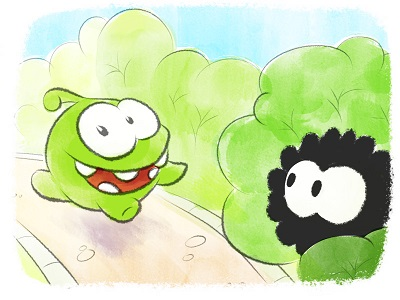 The park can be represented as a rectangular n × m field. The park has k spiders, each spider at time 0 is at some cell of the field. The spiders move all the time, and each spider always moves in one of the four directions (left, right, down, up). In a unit of time, a spider crawls from his cell to the side-adjacent cell in the corresponding direction. If there is no cell in the given direction, then the spider leaves the park. The spiders do not interfere with each other as they move. Specifically, one cell can have multiple spiders at the same time.

Om Nom isn't yet sure where to start his walk from but he definitely wants:

We know that Om Nom moves by jumping. One jump takes one time unit and transports the little monster from his cell to either a side-adjacent cell on the lower row or outside the park boundaries.

Each time Om Nom lands in a cell he sees all the spiders that have come to that cell at this moment of time. Om Nom wants to choose the optimal cell to start the walk from. That's why he wonders: for each possible starting cell, how many spiders will he see during the walk if he starts from this cell? Help him and calculate the required value for each possible starting cell.

Print m integers: the j-th integer must show the number of spiders Om Nom will see if he starts his walk from the j-th cell of the first row. The cells in any row of the field are numbered from left to right.

Consider the first sample. The notes below show how the spider arrangement changes on the field over time:

Character "*" represents a cell that contains two spiders at the same time.