Alesha has k garlands which he places at the field. He does so in the way such that each lightbulb of each garland lies in the center of some cell in the field, and each cell contains at most one lightbulb. Of course lightbulbs, which are neighbours in some garland, appears in cells neighbouring by a side. 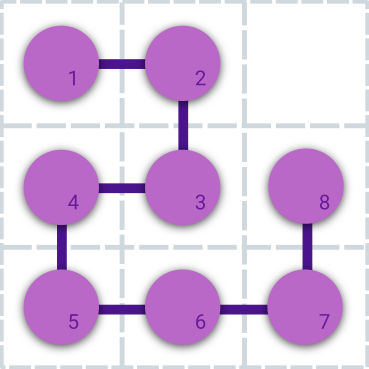 The example of garland placing.

Alesha can turn garlands on and off and wants to know the sum of pleasure value which the lightbulbs, placed in the centers of the cells in some rectangular part of the field, bring him. Initially all the garlands are turned on.

Alesha is still very little and can't add big numbers. He extremely asks you to help him.

Next lines contains garlands set description in the following format:

The first line of a single garland description contains a single integer len (1 ≤ len ≤ 2000) — the number of lightbulbs in the garland.

Each of the next len lines contains three integers i, j and w (1 ≤ i ≤ n, 1 ≤ j ≤ m, 1 ≤ w ≤ 109) — the coordinates of the cell containing a lightbullb and pleasure value Alesha gets from it if it is turned on. The lightbulbs are given in the order they are forming a chain in the garland. It is guaranteed that neighbouring lightbulbs are placed in the cells neighbouring by a side.

The next line contains single integer q (1 ≤ q ≤ 106) — the number of events in Alesha's game. The next q lines describes events in chronological order. The i-th of them describes the i-th event in the one of the following formats:

All the numbers in the input are integers.

Please note that the input is quite large, so be careful while using some input ways. In particular, it's not recommended to use cin in codes on C++ and class Scanner in codes on Java.

For each ASK operation print the sum Alesha wants to know in a separate line. Print the answers in chronological order. 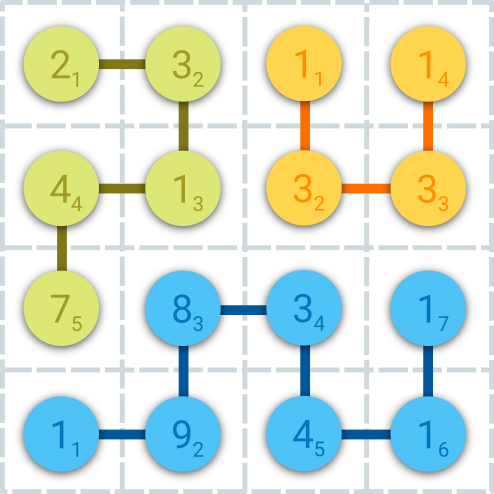