The second semester starts at the University of Pavlopolis. After vacation in Vičkopolis Noora needs to return to Pavlopolis and continue her study.

Sometimes (or quite often) there are teachers who do not like you. Incidentally Noora also has one such teacher. His name is Yury Dmitrievich and he teaches graph theory. Yury Dmitrievich doesn't like Noora, so he always gives the girl the most difficult tasks. So it happened this time.

The teacher gives Noora a tree with n vertices. Vertices are numbered with integers from 1 to n. The length of all the edges of this tree is 1. Noora chooses a set of simple paths that pairwise don't intersect in edges. However each vertex should belong to at least one of the selected path.

For each of the selected paths, the following is done:

Let us explain how the point moves by example. Suppose that the path consists of two edges (v1, v2) and (v2, v3), the point initially stands on the edge (v1, v2) and begins its movement to the vertex v1. Then the point will reach v1, then "turn around", because the end of the path was reached, further it will move in another direction to vertex v2, then to vertex v3, then "turn around" again, then move to v2 and so on. The speed of the points is 1 edge per second. For example, for 0.5 second the point moves to the length of the half of an edge.

A stopwatch is placed at each vertex of the tree. The time that the stopwatches indicate at start time is 0 seconds. Then at the starting moment of time, all points simultaneously start moving from the selected positions to selected directions along the selected paths, and stopwatches are simultaneously started. When one of the points reaches the vertex v, the stopwatch at the vertex v is automatically reset, i.e. it starts counting the time from zero.

Denote by resv the maximal time that the stopwatch at the vertex v will show if the point movement continues infinitely. Noora is asked to select paths and points on them so that res1 is as minimal as possible. If there are several solutions to do this, it is necessary to minimize res2, then res3, res4, ..., resn.

For the better understanding of the statement, see the explanation for the example.

In the first line print single integer paths — number of paths you want to choose.

In the next paths lines print path's descriptions:

In starting moment of time points are located as following: 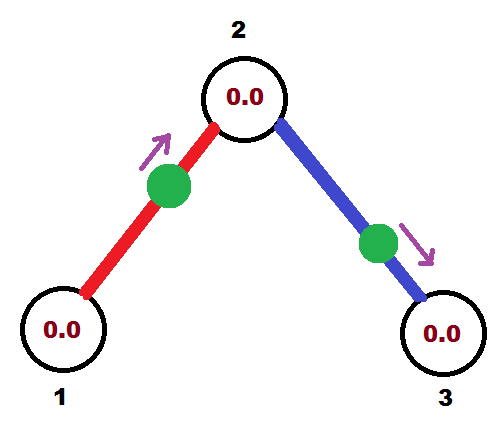 The first path is highlighted in red, the second in blue, green circles represent chosen points, and brown numbers inside vertices — current time at stopwatch. Purple arrows represent direction in which points will move.

In 0.(3) seconds points will be located in following way (before stopwatch reset): 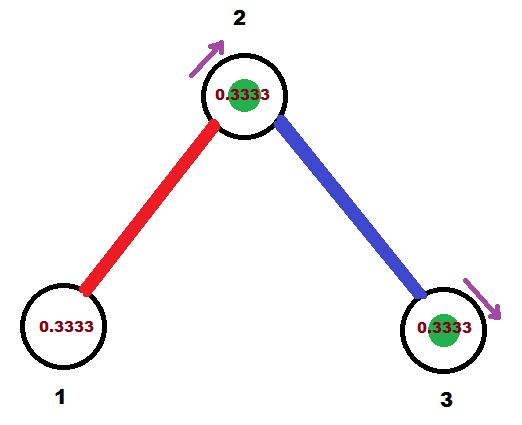 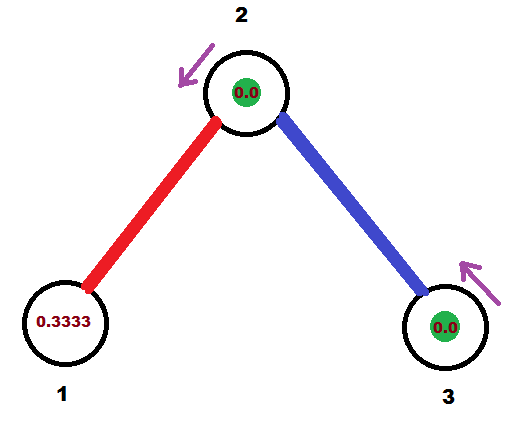 In 1.0 second after the start of moving: 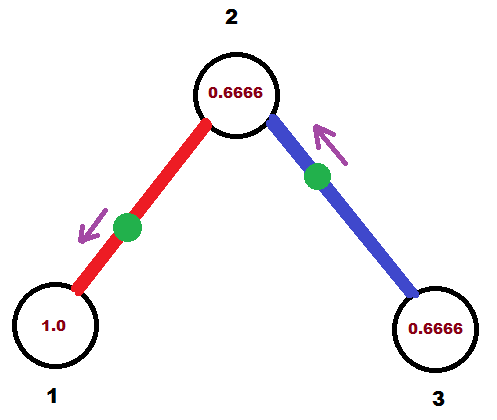 In 1.(3) seconds after the start of moving (after stopwatch reset): 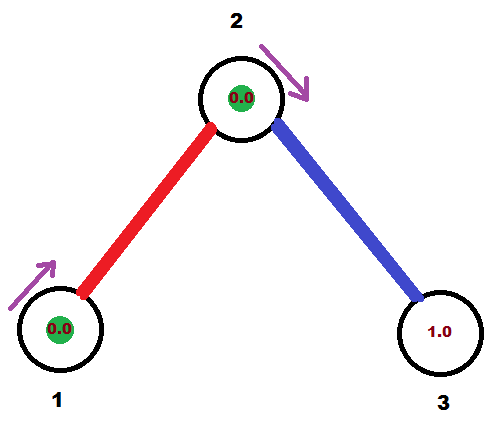 Finally, in 2 seconds after the start of moving points return to their initial positions. 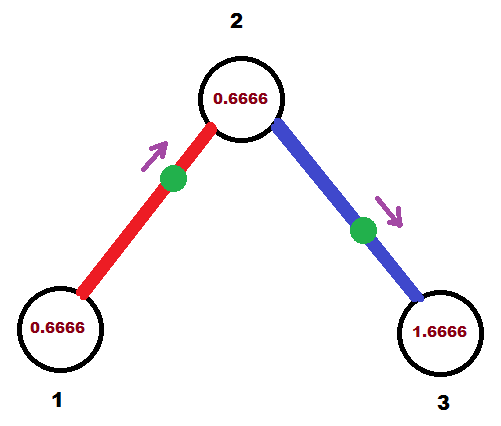 This process will continue infinitely.