After long-term research and lots of experiments leading Megapolian automobile manufacturer «AutoVoz» released a brand new car model named «Lada Malina». One of the most impressive features of «Lada Malina» is its highly efficient environment-friendly engines.

Consider car as a point in Oxy plane. Car is equipped with k engines numbered from 1 to k. Each engine is defined by its velocity vector whose coordinates are (vxi, vyi) measured in distance units per day. An engine may be turned on at any level wi, that is a real number between  - 1 and  + 1 (inclusive) that result in a term of (wi·vxi, wi·vyi) in the final car velocity. Namely, the final car velocity is equal to

There are n factories in Megapolia, i-th of them is located in (fxi, fyi). On the i-th factory there are ai cars «Lada Malina» that are ready for operation.

As an attempt to increase sales of a new car, «AutoVoz» is going to hold an international exposition of cars. There are q options of exposition location and time, in the i-th of them exposition will happen in a point with coordinates (pxi, pyi) in ti days.

Of course, at the «AutoVoz» is going to bring as much new cars from factories as possible to the place of exposition. Cars are going to be moved by enabling their engines on some certain levels, such that at the beginning of an exposition car gets exactly to the exposition location.

The following k lines contain the descriptions of «Lada Malina» engines. The i-th of them contains two integers vxi, vyi ( - 1000 ≤ vxi, vyi ≤ 1000) defining the velocity vector of the i-th engine. Velocity vector can't be zero, i.e. at least one of vxi and vyi is not equal to zero. It is guaranteed that no two velosity vectors are collinear (parallel).

Next n lines contain the descriptions of factories. The i-th of them contains two integers fxi, fyi, ai ( - 109 ≤ fxi, fyi ≤ 109, 1 ≤ ai ≤ 109) defining the coordinates of the i-th factory location and the number of cars that are located there.

The following q lines contain the descriptions of the car exposition. The i-th of them contains three integers pxi, pyi, ti ( - 109 ≤ pxi, pyi ≤ 109, 1 ≤ ti ≤ 105) defining the coordinates of the exposition location and the number of days till the exposition start in the i-th option.

For each possible option of the exposition output the number of cars that will be able to get to the exposition location by the moment of its beginning. 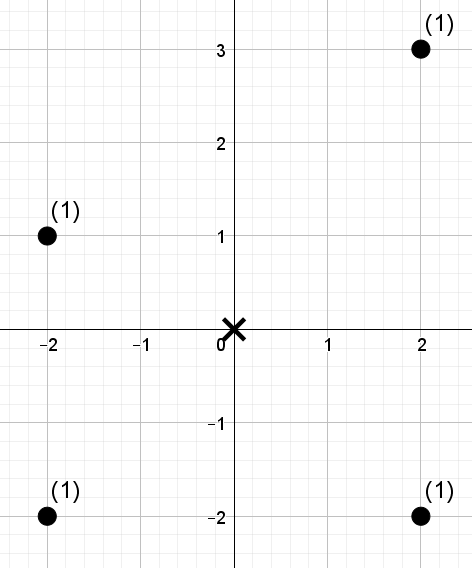 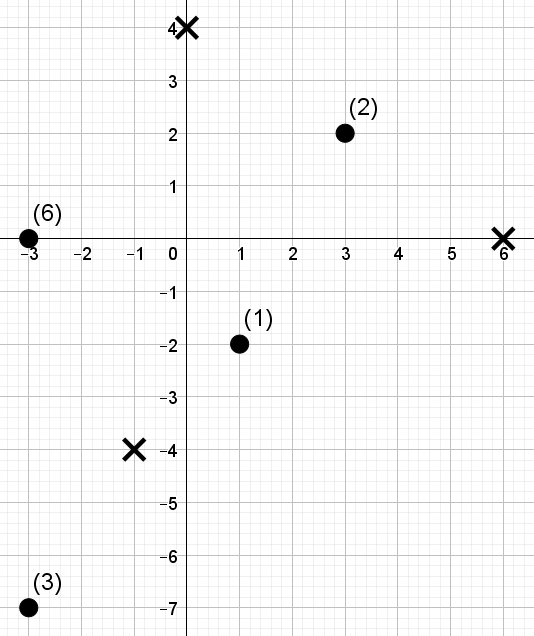