Danil decided to earn some money, so he had found a part-time job. The interview have went well, so now he is a light switcher.

Danil works in a rooted tree (undirected connected acyclic graph) with n vertices, vertex 1 is the root of the tree. There is a room in each vertex, light can be switched on or off in each room. Danil's duties include switching light in all rooms of the subtree of the vertex. It means that if light is switched on in some room of the subtree, he should switch it off. Otherwise, he should switch it on.

Unfortunately (or fortunately), Danil is very lazy. He knows that his boss is not going to personally check the work. Instead, he will send Danil tasks using Workforces personal messages.

There are two types of tasks:

Danil is not going to perform his duties. He asks you to write a program, which answers the boss instead of him.

For each task get v print the number of rooms in the subtree of v, in which the light is turned on. 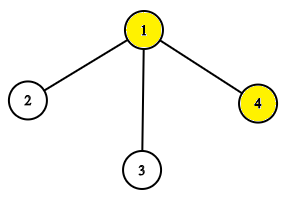 The tree before the task pow 1. 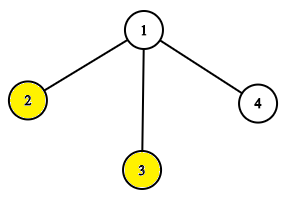 The tree after the task pow 1.