On-site competitive programming competitions are rare and valuable events, and we all practice hard to have great competition. But I guess we are missing a point. One notable opportunity that exists in these kinds of events is getting to know other members of the competitive programming community, more than what we see in the scoreboards. The lunch club was a cool way of using this opportunity. (scott_wu, are we going to have the club this year? )

I remember the last day of IOI 2017. After everything was finished and the medals were given, I went back to the hotel and I saw an unexpected scene. I found there is this cool tradition in IOIs that in the last day contestants gather together, take pictures, and give out souvenirs. (FYI, I wasn't an IOI participant, I was in the host scientific committee.) I still have the souvenirs that I got from Japanese and Chinese contestants, and It encouraged me to search and get more familiar with their cool cultures.

So, in the remaining days before the trip to Portugal, I'm going to buy some souvenirs to give out in the world finals. I guess we can do this after dinner on the last day, in the lobby of the hotel. I'd be glad if you come and get it!

If you are interested, join the club and bring something from your country for everyone! Maybe this way, we start the tradition of bringing souvenirs to the world finals.

UPD: As stated here, the meeting is better to be in the farewell dinner hall instead of the hotel lobby. So we'll meet in Alfândega — West Ground Floor on Thursday. We will need to bring our souvenirs when leaving the hotel in the morning because we will go directly to the closing ceremony and celebration dinner from the contest. Please let your friends know the change so that no one misses the gathering.

Good luck in the contest. :)

If you notice typos or errors, please send a private message.

Let's find out for each row of the given matrix if it is completely consisting of ones or not. Make another array canWin, and set canWini equal to one if the i-th row consists at least one zero. Then the problem is to find the maximum subsegment of canWin array, consisting only ones. It can be solved by finding for each element of canWin, the closest zero to it from left. The complexity of this solution is O(nd), but the limits allow you to solve the problem in O(nd2) by iterating over all possible subsegments and check if each one of them is full of ones or not.

For simplifications, in the following solution we define lovely integer as an even-length positive palindrome number.

An even-length positive integer is lovely if and only if the first half of its digits is equal to the reverse of the second half.

So if a and b are two different 2k-digit lovely numbers, then the first k digits of a and b differ in at least one position.

Another useful fact: The first half of a a lovely number can be any arbitrary positive integer.

The complexity of this solution is

Try to use all of the vertices. Then look at the two vertex covers together in the graph and see how it looks like.

In the same constraints, what if you were asked to give two disjoint edge covers from the given graph? (The edge covers must be edges-disjoint but they can have common vertex.)

We've found a necessary condition. And I have to tell you it's also sufficient!

So you have to check if lcm(c1, c2, ..., cn) is divisible by k, which could be done using prime factorization of k and ci values.

For each integer x smaller than MAXC, find it's greatest prime divisor gpdx using sieve of Eratosthenes in

Then using gpd array, you can write the value of each coin as p1q1p2q2...pmqm where pi is a prime integer and 1 ≤ qi holds. This could be done in

by moving from ci to

and adding gpdci to the answer. And you can factorize k by the same way. Now for every prime p that

Let dpi, j, k be true if and only if there exists a subset of the first i coins with sum j, that has a subset with sum k. There are 3 cases to handle:

In the same constraints, output the numbers you can never not make! Formally, the values x such that for every subset of coins with the sum k, there exists a subset of this subset with the sum x.

Unfortunately, our mistake in setting the constrains for this problem made it possible to get Ac with O(qm) solution. We hope you accept our apology.

Consider the following algorithm to answer a single query: Sort the edges and add them one by one to the graph in decreasing order of their weights. The answer is weight of the first edge, which makes an odd cycle in the graph. Now show that there are only O(n) effective edges, which removing them may change the answer of the query. Use this idea to optimize your solution.

First, let’s solve a single query separately. Sort edges from interval [l, r] in decreasing order of weights. Using dsu, we can find longest prefix of these edges, which doesn’t contains odd cycle. (Graph will be bipartite after adding these edges.) The answer will be weight of the next edge. (We call this edge “bottleneck”).

Let's have a look at this algorithm in more details. For each vertex, we keep two values in dsu: Its parent and if its part differs from its parent or not. We keep the second value equal to "parity of length of the path in original graph, between this node and its parent". We can divide the graph anytime into two parts, walking from one vertex to its parent and after reaching the root, see if the starting vertex must be in the same part as the root or not.

In every connected component, there must not exist any edge with endpoints in the same part.

After sorting the edges, there are 3 possible situations for an edge when we are adding it to the graph:

We call the edges of the first and the third type "valuable edges".

The key observation is: If we run above algorithm on the valuable edges, the answer remains the same.

Proof idea: The edges of the first type are spanning trees of connected components of the graph, and with a spanning tree of a bipartite graph, we can uniquely determine if two vertices are in the same part or not.

So if we can ignore all other edges and run our algorithm on these valuable edges, we have O(n) edges instead of original O(n2) and the answer is the same.

We answer the queries using a segment tree on the edges. In each node of this tree, we run the above algorithm and memorize the valuable edges. By implementing carefully (described here), making the segment tree could be done in

segments in segment tree and each one has O(n) valuable edges. Running the naive algorithm on these edges lead to an

solution for each query, which fits in time limit.

Hint: What the actual problem is

Looking at the code in the statement, you can see only the first edge in neighbors of each node is important. So for each vertex with at least one outgoing edge, you have to choose one edge and ignore the others. After this the graph becomes in the shape of some cycles with possible branches, and some paths. The number of dfs calls equals to 998 × ( sum of sizes of cycles ) + n +  number of cycles.

The goal is to minimize the sum of cycle sizes. Or, to maximize the number of vertices which are not in any cycle. Name them good vertices.

What if the target function is reversed? It means you have to choose a single outgoing edge from every node with at least one outgoing edge, and maximize the sum of cycle sizes in the chosen graph.

I thought about this one a lot but can't find any solution. Do you have any idea?

We're glad to invite you all to participate in Codeforces Round #360(Div. 1 and Div. 2) which will take place on Wednesday, 29 June, 20:05 Moscow time. Check it in your timezone!

The problems are designed by Man (Parsa Abdollahi) and me. It's our first Codeforces round and we hope you enjoy competing it as much as we enjoyed preparing it! (^◡^)

Our special thank goes to JeBeK (Peyman Jabbarzade) who helped us a lot in preparing and testing the round. Many thanks to GlebsHP (Gleb Evstropov) for his help in preparing the contest, and MikeMirzayanov (Mike Mirzayanov) for great platforms Polygon and Codeforces. We also want to thank Zlobober (Max Akhmedov) for testing our round.

We wish (and expect!) you all many Accepted solutions! ( ﾟ▽ﾟ)/

UPD: Problems are going to be about Pari and Arya. 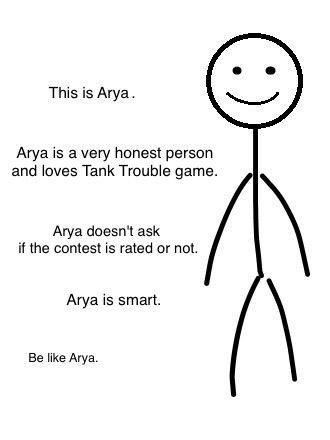 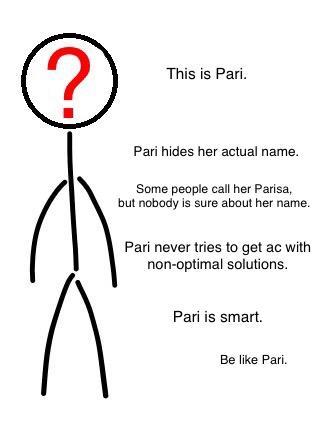 UPD2 Congratulations to the winners!

Editorial + some challenges will be published soon.

UPD3: The editorial is out!

Hi!
Did you know

is O(nlogn)? (ω(n) is the number of distinct prime divisors of n) 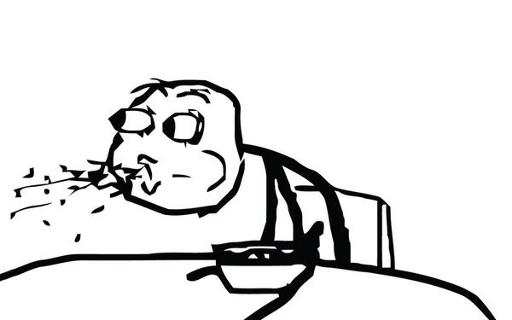 I wonder why! Do you have any mathematical proof for this?

Hi!
I was trying to solve probem E from the last contest (542E - Playing on Graph) and I needed to solve all pairs shortest path problem. With n BFSs, It would be done in O(nm) but I'm too lazy to implement it! I saw 3 second time limit, so i used floyd-warshal and Bang... It just accepted in 1.7 second! 11022079
I tested my code on my machine without -O2 with a simple 1000 vertex connected graph and it takes 15 seconds until my program answers, and with -O2 it just takes 1.5 second!
I wrote another non-optimizable program with n3 running time (You can see it here) and with n = 1000 it runs in 12 seconds on my machine.
So obviously -O2 can optimize floyd! I wonder how it's possible?!

P.S. As I_love_Tanya_Romanova said, my second example is nonsense! :D
Anyway, could anyone explain how my solution is optimized?

Upper bound for number of divisors

Hi! :)
What is the best upper bound for number of divisors of some natural number n?
I can't find any bound better than

Hello!
In round #216, I tried to hack this code. As you see, there is a line written this:

If n = k, then the code must get RE because of division by zero. But the code has been accepted!
Can someone explain this behavior of C++?

Hi :)
I wonder if there is any algorithm to solve following problem in polynomial order of time :

UPD : With help of CountZero the problem has been solved!
This problem's original name is "Shortest common supersequence" and it's NP-complete!

I have attempted to change my avatar image about 8 times, but every time for some reasons, after I upload the picture, it appears for a while, and after that breaks (does not appear). Why does this happen? Thanks for the assist! ;)