By MazzForces, history, 20 months ago,

Hello everyone! I would like to invite you to participate in HackerEarth HourStorm #2. It’s the second version of a short contest, that runs for 1 hour! The problem set consists of 3 traditional algorithmic tasks of various difficulties. The contest starts on the 11th of August i.e today at 9.30- PM IST

For traditional algorithmic tasks, you will receive points for every test case your solution passes — so you can get some points with partial solutions as well. Check contest page for more details about in-contest schedule and rules.

send_nodes and I have worked on the preparation of the contest. As usual, there will be some prizes for the top three competitors:

In addition, top 5 on the scoreboard with rating less than 1600 will win HackerEarth t-shirts. The problems are on the easier side, giving everybody a fair shot at taking home the prizes. Good luck to everyone, and let's discuss the problems after the contest!

Note that the contest begins after the end of the CF Round.

Update : The contest begins in 15 minutes

By MazzForces, history, 22 months ago,

Hello Codeforces. Today I'm writing about a Math topic that is really simple, but resources are limited.

SLAE stands for system of linear algebraic equations. Basically, consider we have a set of equations of the form :

Note that all a, b, c... are real-valued arrays and all vali, xi are arbitrary reals. Realize how x0, x1, ...xn - 1 appear in each of the equations. In the post below, it is assumed we are dealing with reals, and not only integers.

Now, we want to find values of [x0, x1...xn - 1] that satisfy each of the given equations listed, given all a, b, c... and vali. The simplest method to find such solutions is to use Gaussian Elimination, that solves the problem in O(N3), where N = number of equations = number of variables .

Many a times as a part of expected value problems, you are expected to sum up infinite series that hold as limits, as probabilities lie in the closed interval [0, 1]. For example,

However, not always can we expect the variables whose Expected value we need to calculate to be independent. Consider you have N random variables

, where , there are cyclic dependencies among the variables for their expected values, i.e consider

. So, there exists an infinite loop for calculating the Expected values of the random variables.

For example, consider the following problem :

You are given Tree T consisting of N nodes. Initially there is a player in node S. In a single move, he moves to one of the adjacent nodes of the node he is currently at, each with equal probability. What is the expected number of moves before he reaches node T ?.

Create a matrix P, where P[i][j]= probability of moving from node i to j in a single move. Now, Let

denote the expected number of steps needed to reach node T from node i.

Try and take a moment and think about why this formula is correct.

From each node i, we move to node j, with probability P[i][j]. Thus , we consider all options of steps we can perform at node i of movement, and depend on the next node for the expected number of steps to reach node T from there.

Surprise Surprise, this can be modeled as SLAE. Rewrite equations as :

The matrix is now a square (N - 1)·(N - 1) matrix, that is invertible. Invert the matrix using Gaussian Elimination augmenting with the RHS, to obtain E, i.e.

One (Same problem as above) My Code

So, xor is just bit-wise addition mod 2. We can represent the xor of two integer's x, y as vector addition in

So, we can use this addition to replace xor.The main advantage of this scheme is that we have converted the subset xor problem to solving a linear system instead. Consider we want to find a, b, c such that:

Since a, b, c can only belong to {0, 1}, this is precisely finding a solution to subset xor.

Note that the span of any given set of size N is a vector space. There is a concept called as Basis of a vector space , i.e a smallest size subset of a given set that spans the entire vector space spanned by the original set given. We can solve the same problem over smaller sized basis rather than using all the elements of the set.

Via the Basis, we can solve useful xor based problems such as :

1> Given a set S of size N, find the number of distinct integers that can be represented using xor over the set of the given elements.

This is 2x, where x is the size of the basis of the given set of size N. To find the basis, use greedy technique and Gaussian elimination, checking at each step if the current element can be expressed as linear combination of xor of the elements already in the basis. In fact, the size of the basis is even equal to the number of pivoted columns in the RREF of the matrix M, where M is formed using elements of set S as its columns.

2> How many sub sequences of a given set S of size N have xor equal to X. (Do it yourself).

You need to know about the difference between free and pivoted variables to solve this problem. Basically, we can also prove the basis elements are those columns that have a pivot row in RREF. Hence, the number of pivoted variables is the size of the basis.

3> What is the maximum possible xor you can have using a subset of a given set :

Create a matrix M using the basis elements of the given set as its columns (as binary column vectors, of course). Now, take this matrix to RREF without any augmentation. Now, the maximum xor is uniquely determined by this matrix. Try to create a column vector of size same as the number of bits, keeping a one in each place without introducing an inconsistency into the system.

All of these problems can be modeled using SLAE in Mod 2. We can do operations faster in Mod 2 using bitset having complexity

This is my first time wiring a tutorial blog, so please excuse any minor mistakes. Please give you feedback, it is always useful. Thank You.

Invitation to HackerEarth May Circuits '18

By MazzForces, history, 22 months ago,

I would like to invite you to participate in HackerEarth May Circuits '18. It's a long contest that has started on the 23rd of May 2018. The contest will run for 10 days, until the 1st of June 9 pm IST.

The problem-set consists of 7 traditional algorithmic tasks of various difficulties and 1 approximate problem. For traditional algorithmic tasks, you will receive points for every test case your solution passes — so you can get some points with partial solutions as well. For the approximation task, your score depends on the best solution in the contest so far. Check contest page for more details about in-contest schedule and rules.

The problems have been prepared by users : hephaestus, bishalg, send_nodes, rhezo, death_scythe and me. The problems have been tested by niyaznigmatul, and we have tried to ensure a really good contest for all of you'll. I can assure you about editorials, good ones at the end of the contest.

As usual, there will be some prizes for the top five competitors:

Good luck to everyone, and I hope to see you at the contest

By MazzForces, history, 2 years ago,

I have the following equation :

Can you help me with a proof for this ? BTW, this relates to the last part of the following problem : Link. The editorial for the problem tells us to convert the lhs to the rhs w/o any proof or explanation on how it is obtained. Any help would be useful

By MazzForces, history, 3 years ago,

Today, I was trying to solve this problem. The Dp behind this problem is not very difficult and is not the tricky part of the problem according to me.

Can somebody please provide me a proof of this or just simplify the formula ? I have complete idea about how to approach this problem with doubles without Modulo, but have no idea about doing this with the formula above. How do I calculate the probability  * 10002N%(1e9 + 7) ? Help !

By MazzForces, history, 3 years ago,

Hello Codeforces, Today at 9 PM IST takes place the 3rd CodeMonk Challenge and this time the topic is "Seaching".

There are 5 problems to solve in 3 hours. The contest involves some interesting problems, but it is possible that it might be easy for some of you. We expect a lot of full scores, and hope you shall participate. Also, the top 3 begginers shall win exclusive HackerEarth t-shirts.

Many of you'll might already be familiar with the CodeMonk Series, but for those of you who aren't, CodeMonk is a Series of Tutorials + Challenges, in which we release a tutorial for learning purposes, and then hold a contest based on the same.

Hope to see you on the Leaderboard. Best of Luck! 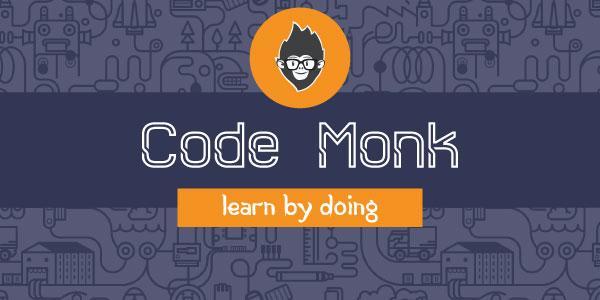 By MazzForces, history, 4 years ago,

Hey Guys, I've been trying for a long time to solve this question Watto and Mechinism using a Trie. I know this task can be accomplished using hashing too, but I need help with a Trie based solution so that I can understand Tries better.

Now, I Have written a solution in Java almost identical to another solution that has been written in C++. The C++ based soltuion gets an AC, whereas I keep getting TLE on test case 33. The AC code does not belong to me and I've used it only for learning purpose . I have completely been unable to understand what I have done different My Submission from this one . Please help me with this. What am I doing wrong or different from the AC solution here.??

By MazzForces, history, 4 years ago,

Hello friends.. For the Past few Days I have been studying about Segment Trees and Binary Indexed Trees. I have noticed a few subtle differences among them ..I'm listing them below..Please let me know if I've gone wrong somewhere..

1> Binary Indexed Trees can be used for range queries when the array size is huge..>2*10^7 and above whereas segment trees can't be used for the same... 2> Binary Indexed Trees are more efficient for point sum/point update type of sums..Eg https://www.codechef.com/problems/SPREAD .I could't solve this problem using a segment tree with fast I/O with lazy prop..but with BIT I got AC... 3>Segment Trees can be used for a wider variety of problems such as RMQ, Sum, Square Sum, Frequency Table etc.