Recently a question came to my mind, In this many years of programming and practicing to participate in IOI, I’ve seen many guys which become red from green including my self. the strange thing was that many smart and genius people failed and. people with lower IQ grow much than them. that was very strange to me and I’m asking you for your suggestions! the only thing here that make programmers more powerful. not IQ, not at all! 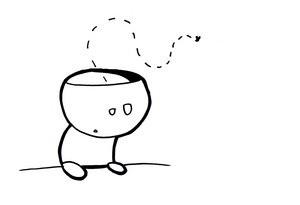 By the way I think it depends style of thinking, BFS and DFS! guys who using BFS try to brainstorm many possible algorithms and Ideas and solve the problem. while DFS thinking people, Choose an algorithm, make it deeper, more complicated and finally solve problem!

Guys! please tell me is this true? or not :)