The O(n2) solution is straight forward, although it can be solved in O(n) but it was not required. Even the O(n) seems easier to implement, but some cases might be missed. That's why the easiest problem of the contest turned out to be a little tricky. You see both kind of solutions in the scoreboard.

In this problems you had to find the first condition that is met. If carefully implemented one can get accepted with no hassle.

The following two statements should hold for a valid grid:

Checking the first statement can be trivially done in O(nm). The second statement needs to be checked for every cell x on the grid, leading to an overall O(n2m2) time complexity, by running BFS nm times on the grid.

Here is a good explanation by W4yneb0t, that gives a good perception on the solution.

For each k, you want to minimize the number of columns and rows that contain a tower taller than k. Put the k highest towers in the smallest (by perimeter) rectangle that can contain them. This rectangle is either a square, or has sides that differ by 1, or has one side length equal to min(n, m). So, this is the lower bound for the area, and since we can actually do that for all k at the same time, it's also the upper bound.

At time zero, the water reaches the first barrel. Now assume that we already know the first k barrels that water reached them. Take the lowest pipe going out of these barrels, say it's located at height h. So all of these k barrels will be watered to height h, unless they are already reached height h. So with these information, we can calculate the time that water reaches k + 1-th barrel. The whole algorithm runs in O(n2 + m).

Let's have a bottom-up definition of a block. At first, each single black cell is called a block.

A set of blocks are called diagonally-shaped, if each two consecutive blocks touch each other at their corners. It can be easily seen that they will indeed look like a diagonal. Now consider a maximal diagonal-shaped set of blocks on the grid; We call their square-hull a block too; And we call those blocks, children of the new big block. According to this definition, if the answer isn't -1, the whole grid must be a block. 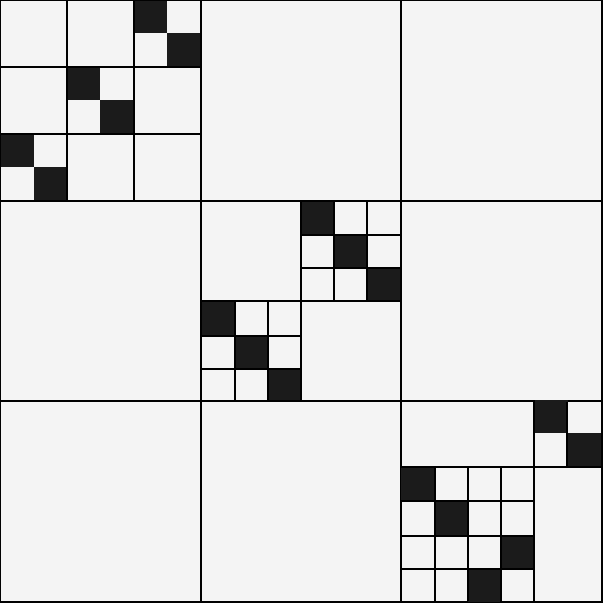 Here are some facts about the blocks:

Now let's make a tree, using our blocks and the children definition we had. Notice that the whole grid is the root. 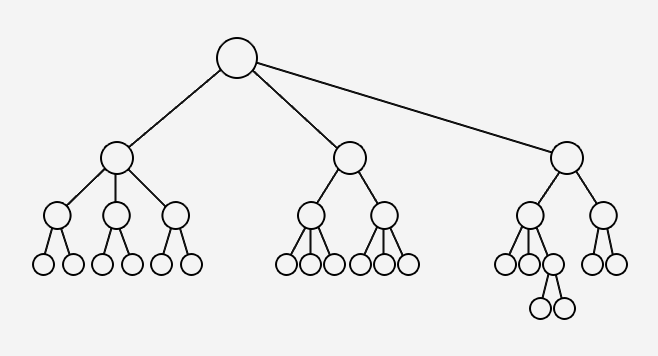 Special thanks goes to havaliza, mR.ilchi, haas and mruxim for preparing the problems and the editorials. Hope you enjoyed the problems.