By qzqzgfy, history, 6 years ago,

Input The first line of the input contains two positive integers a1 and a2 (1 ≤ a1, a2 ≤ 100), the initial charge level of first and second joystick respectively.

Output Output the only integer, the maximum number of minutes that the game can last. Game continues until some joystick is discharged.

Examples input 3 5 output 6 input 4 4 output 5 It doesn't stop me too much,and the solution is to charge the one with less electricity and discharge the one with more electricity.But the first three times I got f**k in the test No.7 and finally there is a trick(maybe not) that you should break at once the two joysticks are both in 1%.

================== There are n pictures delivered for the new exhibition. The i-th painting has beauty ai. We know that a visitor becomes happy every time he passes from a painting to a more beautiful one.

Output Print one integer — the maximum possible number of neighbouring pairs, such that ai + 1 > ai, after the optimal rearrangement.

Another water problem..,use the counting sort and every time you got a longest monotonic rise sequence a1..ai..an,and the ans+=(n-1),and delete the sequence from the array sorted. when the num of the array is 0,then the ans is the ans.

================== Watchmen are in a danger and Doctor Manhattan together with his friend Daniel Dreiberg should warn them as soon as possible. There are n watchmen on a plane, the i-th watchman is located at point (xi, yi).

Some positions may coincide.

Vasya's telephone contains n photos. Photo number 1 is currently opened on the phone. It is allowed to move left and right to the adjacent photo by swiping finger over the screen. If you swipe left from the first photo, you reach photo n. Similarly, by swiping right from the last photo you reach photo 1. It takes a seconds to swipe from photo to adjacent.

For each photo it is known which orientation is intended for it — horizontal or vertical. Phone is in the vertical orientation and can't be rotated. It takes b second to change orientation of the photo.

Vasya has T seconds to watch photos. He want to watch as many photos as possible. If Vasya opens the photo for the first time, he spends 1 second to notice all details in it. If photo is in the wrong orientation, he spends b seconds on rotating it before watching it. If Vasya has already opened the photo, he just skips it (so he doesn't spend any time for watching it or for changing its orientation). It is not allowed to skip unseen photos.

Help Vasya find the maximum number of photos he is able to watch during T seconds.

Second line of the input contains a string of length n containing symbols 'w' and 'h'.

If the i-th position of a string contains 'w', then the photo i should be seen in the horizontal orientation.

If the i-th position of a string contains 'h', then the photo i should be seen in vertical orientation.

Output Output the only integer, the maximum number of photos Vasya is able to watch during those T seconds.

Solution: First we must got to know: it's only once we can swipe from the one side back to the other side,because if we had read the photo,then if we back to the other side then the cost is depend on the length of the path.if we "across over" the photo we had read,then it's only once and if more,it's waste. So we can just pretreat the cost we swipe left and swipe right.And enums to swipe left,and use two pointers to find the how far can I get to the opside with the rest time. If I go right first,then is the same. (I forgot to consider the two situations but the only one yesterday,f**k) 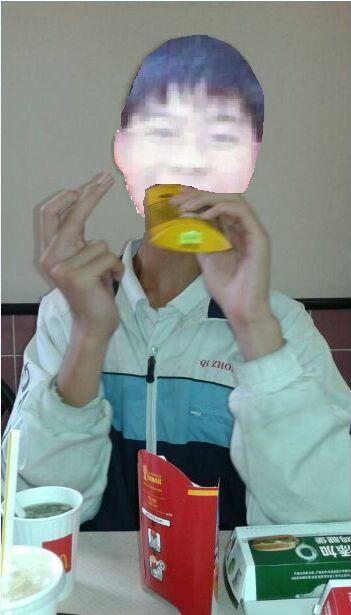 Petya decided to compress tables. He is given a table a consisting of n rows and m columns that is filled with positive integers. He wants to build the table a' consisting of positive integers such that the relative order of the elements in each row and each column remains the same. That is, if in some row i of the initial table ai, j < ai, k, then in the resulting table a'i, j < a'i, k, and if ai, j = ai, k then a'i, j = a'i, k. Similarly, if in some column j of the initial table ai, j < ap, j then in compressed table a'i, j < a'p, j and if ai, j = ap, j then a'i, j = a'p, j.

Because large values require more space to store them, the maximum value in a' should be as small as possible.

Petya is good in theory, however, he needs your help to implement the algorithm.

Input The first line of the input contains two integers n and m (, the number of rows and the number of columns of the table respectively.

If there exist several answers such that the maximum number in the compressed table is minimum possible, you are allowed to output any of them.

Solution: The last problem.I don't know how to deal with it in exam :| Next day,after consulting others'code,it passed finally. First we sort the n*m numbers in their value. Every time extract the same numbers,union the numbers in same rows or in same lines by using union-find,and find the max number which is in the same row or line to the number of the set.and the ans of the number now I'm solving is the maxinum+1.(My express maybe some kind of ambiguous:)