Educational Codeforces Round 61 [Rated for Div. 2]

By pikmike, history, 19 months ago, translation, 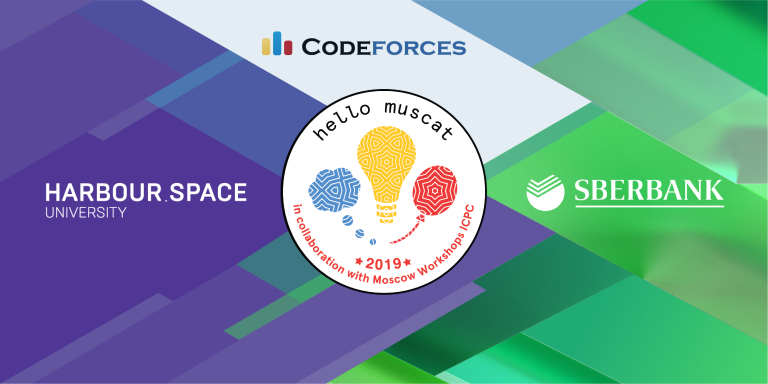 This round is organised in collaboration with Hello Muscat Programming Bootcamp and supported by Sberbank, General Partner of the boot camp and one of the largest banking leaders of Eastern Europe, providing thousands of jobs and innovation in the financial industry.

Hello Muscat Bootcamp will take place from 9th to 15th of March, and 120 students from 24 universities, including MIPT, Saint Petersburg State University and University of Tokyo will compete and practice side-by-side, smoothing the road towards the April World Finals in Porto.

This round will be rated for the participants with rating lower than 2100. It will be held on extended ICPC rules. The penalty for each incorrect submission until the submission with a full solution is 10 minutes. After the end of the contest you will have 12 hours to hack any solution you want. You will have access to copy any solution and test it locally.

Announcement of Educational Codeforces Round 61 (Rated for Div. 2)