By ReplyChallenges, history, 2 months ago,

We're glad to invite you to the upcoming Reply Code Challenges 2021 edition, on 11th of March.

It's a free online team-based challenge and you can choose between: 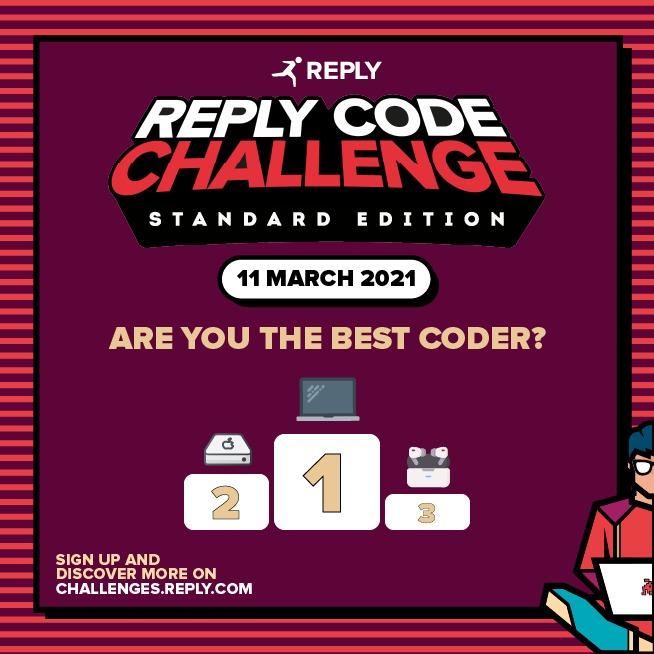 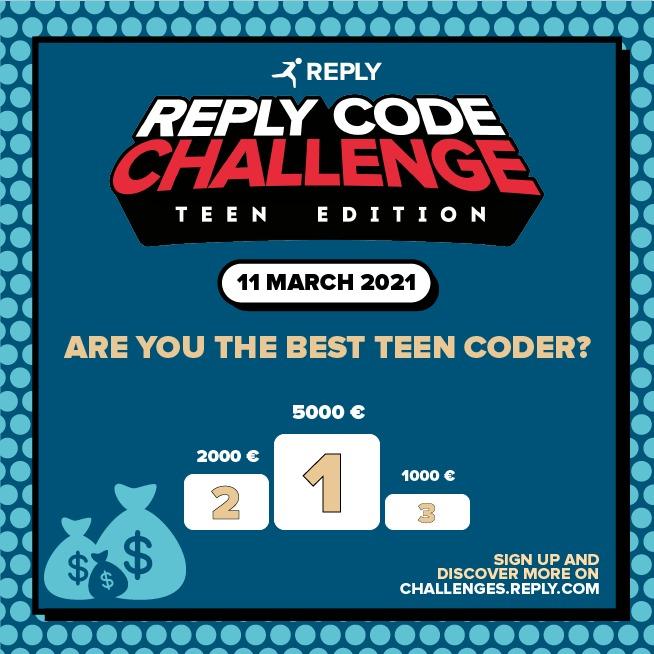 Description and rules available online at challenges.reply.com on March 11th from 4.30pm to 8.30pm CET. To play you must form a team by March 10th.