By GeeksforGeeks_admin, history, 5 weeks ago,

Preparing for placements? GeeksforGeeks is organising a weekly recurring contest series which is designed to simulate the coding interview rounds of tech giants such as Google, Amazon, Adobe, Paytm etc. The contest consists of DSA questions asked in actual interviews of the targeted company.

Update: The series was originally planned as a biweekly contest but we have increased its frequency on popular demand. Contests are now scheduled EVERY Sunday, 7 to 8 PM.

The next interview series contest is going to be held on 1 August based on questions asked in Facebook Interviews. Register Here!

The editorial for the same shall be delivered right after the contest on GFG Practice Youtube Channel. 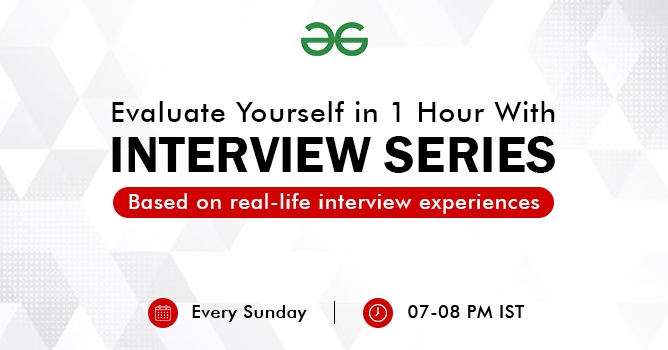