Codeforces Round #765. One of the contest authors is entertaining again.

By Wind_Eagle, 13 months ago, translation,

Hello, Codeforces! Codeforces #765 (Div. 2) took place not so long ago, and one of its authors was me. When an hour had passed since the contest started, I decided to remember the old days and start making fun of the cheaters.

To that end, I decided to take a look at the old cheater groups and see how they were doing.

The first group I looked into — is the group where the admin is actively fighting against cheaters. So, there really weren't any cheaters on the round. I think that's a success.

The second group I checked out — it's a group with 2.5k users. I decided that just going in there would be too boring, so I decided to write there that I was a contest author. Here's the reaction of the users: 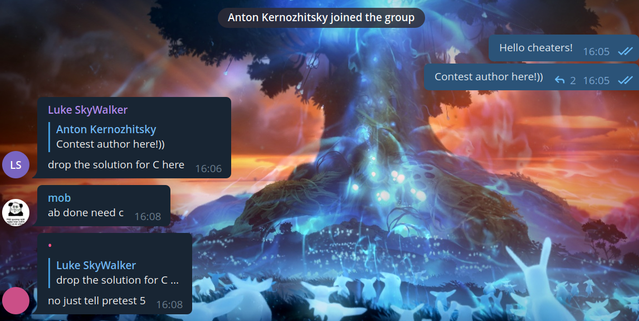 Can you imagine?! I write that I am the author of the contest, and I am offered to leak the solution to problem C.

As in the last blog, I wrote a completely wrong solution to Problem C so that cheaters would send it and get WA, and then they would get banned by the anti-plagiarism system.

I just dropped this code into the general group: 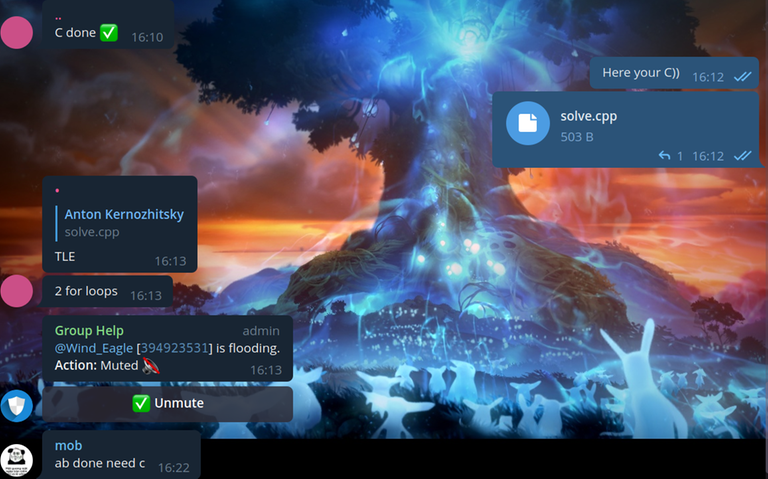 There are two interesting things here. First — some cheater wrote that "this code takes TL because it has two nested loops". Apparently cheaters don't know how to measure a time limit of a solution, and just think that two nested loops is bad. They probably just learned that it doesn't work in many problems, so they don't even think about writing it. By the way, that problem was $$$n \le 500$$$.

The second — I was banned from this group. Whatever.

But before that, a man wrote to me... You can read our correspondence yourself. 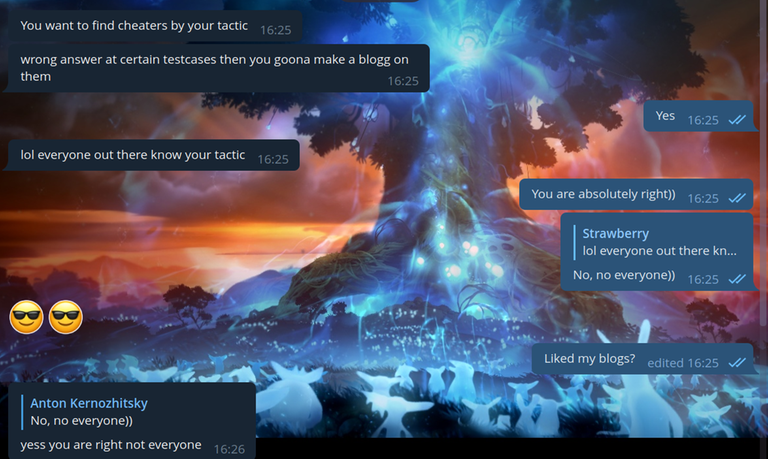 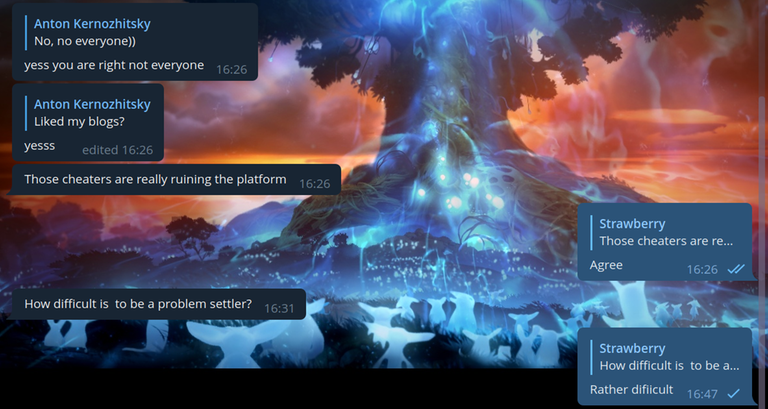 Then I decided to find a new group. And I found a group with... 7.5k people! I was so surprised! I decided to write there that I had the solution to Problem C. 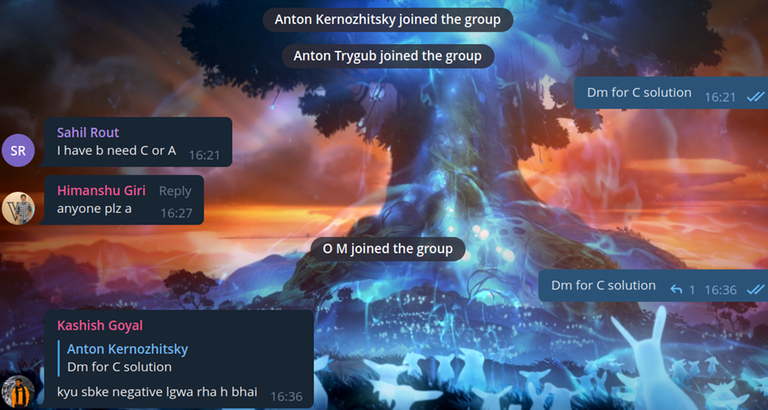 I've had a lot more cheaters writing to me than I ever expected! By my calculations, I had about 20 people write to me, though usually not more than ten.

At first, I was just sending out solutions via private messages. From time to time people would asked me how much it costs, but I told them that I was giving them away for free. 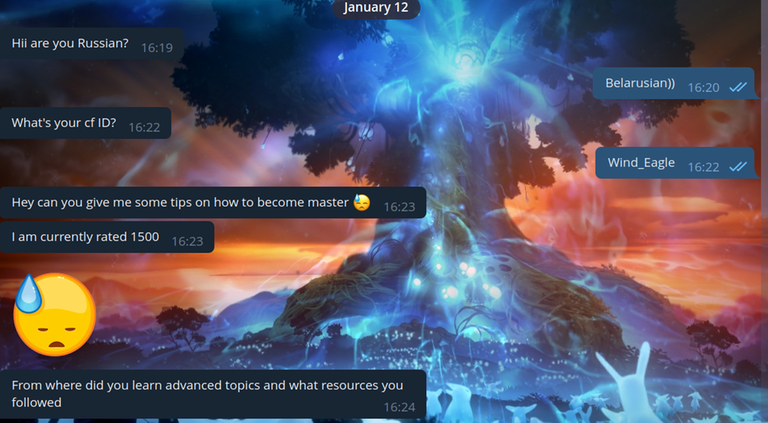 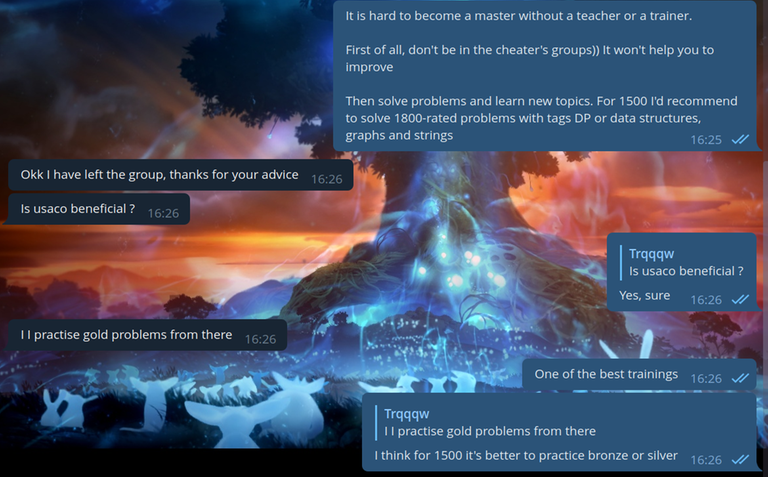 But I stopped communicating when I realized what he was really into sports programming for.

Then an apologetic cheater texted me... He apologized for cheating and promised not to do it again. 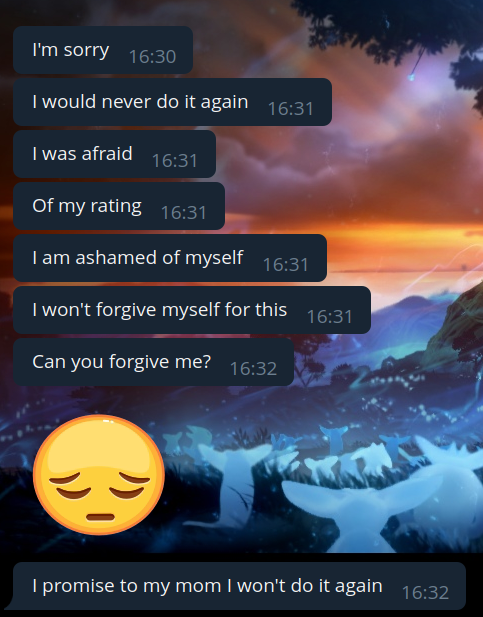 Then, of course, they started writing about how my solution was wrong. I, of course, replied that it was their problem.

Now I show you the funniest screenshots that I was able to make:

Tip for the cheater about the wrong solution idea so he at least learns some algorithms: 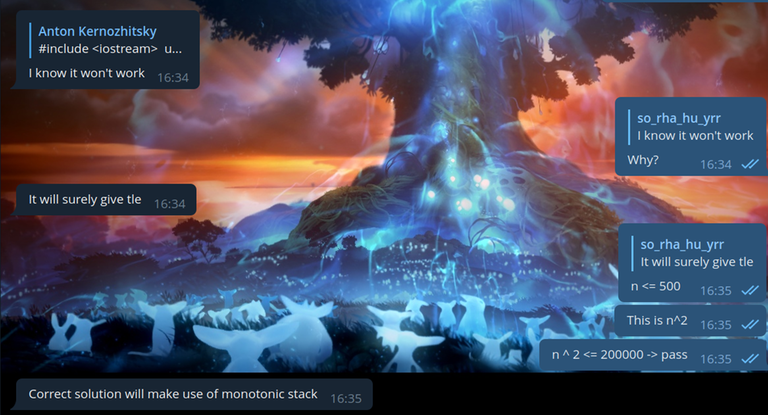 I don't have a right solution, only a left solution: 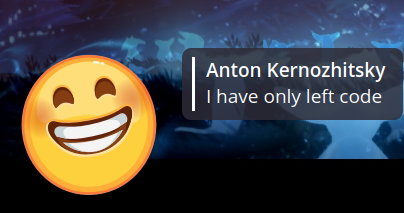 In Russian "ne ponimau chto ti hochesh'" means "i don't understand what do you want".

Russian memes, as well as an admission that I am the author of the contest: 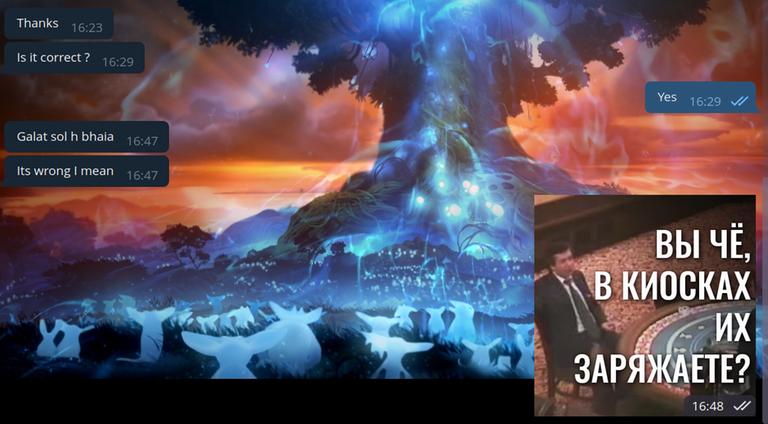 And the conclusion, as usual, is the same: cheating — this is a much bigger problem than it seems.

P.S. By the way, we got a couple of personal messages on Codeforces during the round: