By Hohol, 10 years ago, translation,

Hi there. I invite you to participate in my first contest. It will take place in Codeforces::Gym at 19:30 (Moscow timezone — UTC+4).

Problems are rather easy, so it will be more interesting for div2 participants.

Warning: now statements are only in russian. But later we will translate all our trains in english, so everybody will be able to run them in virtual contest mode.

contest, train, codeforces
The First Training on Codeforces::Gym
By MikeMirzayanov, 10 years ago, translation,

As it will be a training, we will use problems from some programming contest (thank you, authors!). Please do not take part in the training, if you've seen these problems. Do not spoil training to other members. Thank you for your understanding.

Please use the official project tracker to report about bugs and feature requests.

Today another Codeforces round for Div2 participants will be. As the last Div2 only round, this round has been prepared by a team of three people: NALP, Polichka and Gerald. Traditionally, we express our gratitude for their help to Artem Rakhov (RAD),  Maria Belova(Delinur) and Mike Mirzayanov (MikeMirzayanov).
Score distribution: 500-1000-1500-2000-2500
Good luck and have fun of solving problems! :)

codeforces, round, 103
Codeforces::Gym
By MikeMirzayanov, 10 years ago, translation,

We've made it! Or in any case, we are at least very close to it.

On January 19, 2012 at 12:00 we open a sub-project called "Gym". In short, its goal is to enable the Codeforces coders not only to participate in competitions and discuss them, but also to train and coach easily.

In fact, despite the wide diversity of online judges in the world, a well thought-out training service system does not exist. So, the expectations from this system are:

The Codeforces Project:: The training aims to meet all these requirements. Already, nearly everything of the above list is available and whatever is not, will be available.

This change will not probably be among the most popular ones but nevertheless, vote counting rules and voting rules in general are going to change. Why? There are several reasons. The main is that we decided to give up the +2/-1 strategy that used to favor authors. This balance worked fine in the Coderofces's initial stage of development. However, it now leads to overrating many uninformative posts. Moreover, such rating is not valid. Thus, a positive vote and a negative vote now have the same value and the total rating sign now represents the actual attitude of the community members to the post or a comment.

We've introduced additional fraud detection heuristics (some of them had been used on Codeforces). These new strategies make it impossible to cheat in various ways or carry out a grudge, they make reverse engineering systems more complicated and influence some other stuff now and then. The exact details of the vote counting rules are not disclosed but the main principles are given above.

Of course, the change in vote counting will trigger considerable changes in some participants' contributions. I guess that's the indicator of the character of the votes' distribution and the voters' authority. All votes will be recounted that will lead to change in contribution.

codeforces, votes
Codeforces Round #102
By goryinyich, 10 years ago,

I'm the author of today's CF round.

During the round you'll again assist far away kingdom citizens in solving their everyday problems.

I want to thank Artem Rakhov for invaluable help during the round preparation, Maria Belova for translation of the problems, Mikhail Mirzayanov for excellent CF system and all participants for not leaving this event without your attention.

More AC verdicts and high rating to all of you! gl & hf

The next competition - Codeforces Round 101 for participants Div2 will take place through a pair of hours, but the others can traditionally participate out of competition. It has been prepared by a small command of authors: me (NALP), Polina Bondarenko (Polichka) and Gerald Agapov (Gerald). There were Artem Rahov (RAD), Maria Belova (Delinur) and Michael Mirzayanov (MikeMirzayanov) with us as always.

It is a little bit about authors: all of us study at the Saratov State University at faculty of Computer Sciences and Information technology on 4th course. Now in free time from competitions and problems we pass the exams :) I’m a 1/3 part from command Saratov SU#2, and Gerald with Polina - 2/3 from Saratov SU#1. We would like our rounds became kind tradition on Codeforces and you have seen us among authors soon again.

We hope that this problems will be pleasant to all participants and everyone will take the deserved high place in the total table. Today you will help Santa Claus, Elf, Vasya and the other characters. All the similarities to real people are casual :)

UPD: You can read the tutorial here.

I hope you have finished New Year celebrations, or you are ready to make a small break to take part in the anniversary Codeforces Round #100. Round will have place January 4 at 15:00 (UTC). There will be a common contest for participants of the both divisions with the same set of 6 problems. The top 100 participants of the contest receive prize t-shirts.

As you may have guessed, the author of the problems is me. Invaluable help in preparation (and a bit in inventing) of problems was provided by Artem Rakhov (RAD) and in translation of the problem statements into English by Maria Belova  (Delinur).
Under the influence of my festive mood, the problem statements turned out to be about different characters celebrating New Year. All characters and events are fictional, please take any resemblance as completely coincidental :)
The contest is over. Codeforces team and I personally want to thank all who take part in the greatest round in Codeforces history! Much to our surprise, the 100th place was shared by two contestants: pooya_ and Timur_Sitdikov. Of course, they both will receive prize t-shirts as all others who took higher places. Prizewinners will receive special emails.
Congratulations to the winners:
1. Egor
2. Dmitry_Egorov
3. tourist
4. Petr
5. RAVEman
6. e-maxx
7. hos.lyric
8. dzhulgakov
9. Coder
10. SergeyRogulenko
Problem analysis

Announcement of Codeforces Round #100

We've scheduled Codeforces Testing Round #4 on January, 3 15:00 (UTC). It will be non-rated event, just to test system before important Codeforces Round #100. The round duration is 1 hour and it will contain just two problems. I do not promise something interesting and exciting, but as a small warm-up will be nice :)

I'll be glad to see you on the round,
MikeMirzayanov

The testing is successfully completed. Thank you for participation. I hope you like this sprint.

Announcement of Codeforces Testing Round #4 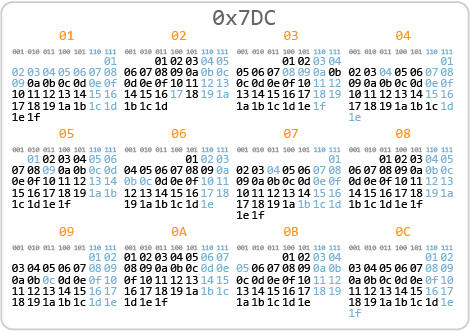 Codeforces project congratulates everybody who is into sport programming with New Year! A New Year is not just an increment of a year. Let this day be a starting point to your new achievements, accomplishments and success. Codeforces wishes you to find out by the end of 2012 that all your resolutions have been a success! We wish you to have interesting problems, nice solutions, correct code and more and more of beautiful green messages  Accepted.

As well as in the previous year, we enable handle change for ten days. The handle change is available from the "Settings → Handle" tab from your profile page. Handle change will be disabled on January 10, so don't lose the moment!