In this problem you will have to help Berland army with organizing their command delivery system.

Officer $$$x$$$ is considered to be a subordinate (direct or indirect) of officer $$$y$$$ if one of the following conditions holds:

The structure of Berland army is organized in such a way that every officer, except for the commander, is a subordinate of the commander of the army.

To process the $$$i$$$-th query imagine how a command from $$$u_i$$$ spreads to the subordinates of $$$u_i$$$. Typical DFS (depth first search) algorithm is used here.

Let's look at the following example: 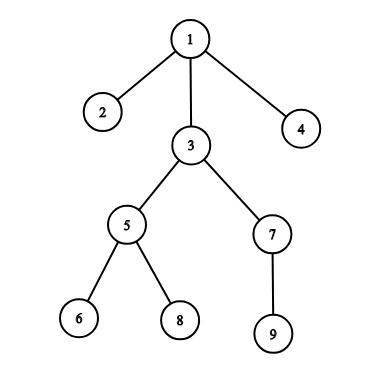 You should process queries independently. A query doesn't affect the following queries.

You should process queries independently. They do not affect each other.