Every day there are fights between black and white pieces on this board. Today, the black ones won, but at what price? Only the rook survived, and it was driven into the lower left corner — a cell with coordinates $$$(1,1)$$$. But it is still happy, because the victory has been won and it's time to celebrate it! In order to do this, the rook needs to go home, namely — on the upper side of the field (that is, in any cell that is in the row with number $$$10^9$$$).

Everything would have been fine, but the treacherous white figures put spells on some places of the field before the end of the game. There are two types of spells: 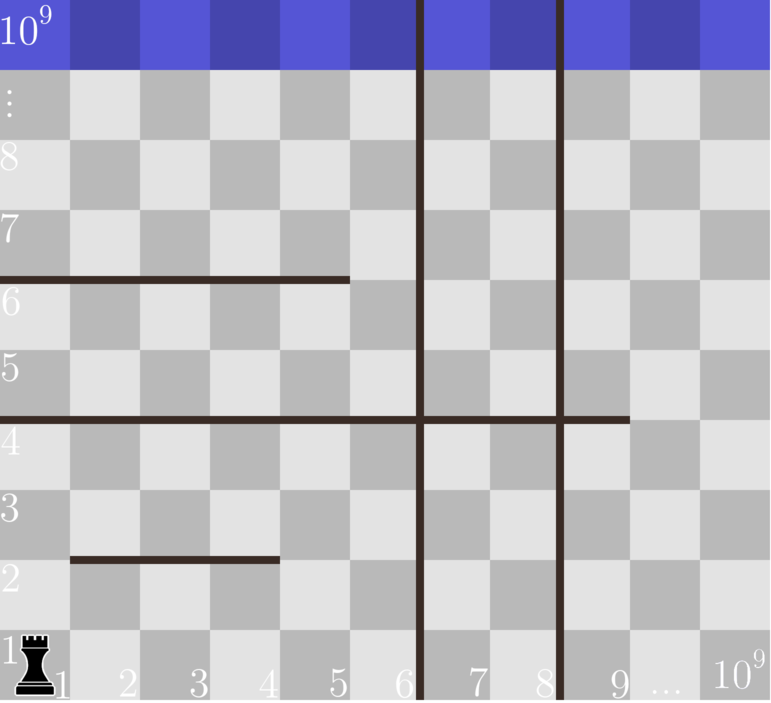 An example of a chessboard.

Fortunately, the rook can remove spells, but for this it has to put tremendous efforts, therefore, it wants to remove the minimum possible number of spells in such way, that after this it can return home. Find this number!

It is guaranteed that all spells are different, as well as the fact that for each pair of horizontal spells it is true that the segments that describe them do not have common points.

In the first sample, in order for the rook return home, it is enough to remove the second horizontal spell.

Illustration for the second sample. On the left it shows how the field looked at the beginning. On the right it shows how it looked after the deletion of the vertical spell. It also shows the path, on which the rook would be going home.

In the third sample, we have two horizontal spells that go through the whole field. These spells can not be bypassed, so we need to remove both of them. 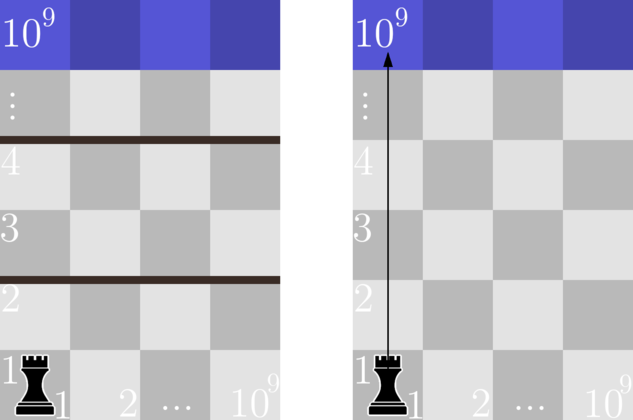 In the fourth sample, we have no spells, which means that we do not need to remove anything.

In the fifth example, we can remove the first vertical and third horizontal spells.

Illustration for the fifth sample. On the left it shows how the field looked at the beginning. On the right it shows how it looked after the deletions. It also shows the path, on which the rook would be going home.
User lists