The main characters have been omitted to be short.

If there are multiple shortest good subsequences, output any of them.

Below you can see the graph from the first example: 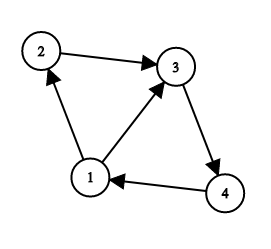 In the third example, the graph is full so any sequence of vertexes in which any two consecutive elements are distinct defines a path consisting of the same number of vertexes.