We want to know numbers in all cells of the grid. To do so we can ask the following questions: 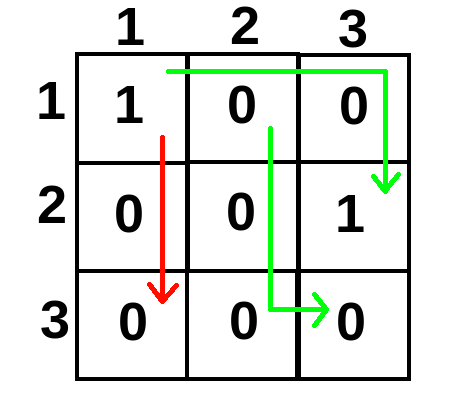 Determine all cells of the grid by asking not more than $$$n^2$$$ questions. It can be shown that the answer always exists.

You begin the interaction by reading $$$n$$$.

In case your query is invalid or you asked more than $$$n^2$$$ queries, program will print $$$-1$$$ and will finish interaction. You will receive Wrong answer verdict. Make sure to exit immediately to avoid getting other verdicts.

When you determine numbers in all cells, output "!".

The first line should contain a single odd integer $$$n$$$ (side of your grid).