Hyakugoku has just retired from being the resident deity of the South Black Snail Temple in order to pursue her dream of becoming a cartoonist. She spent six months in that temple just playing "Cat's Cradle" so now she wants to try a different game — "Snakes and Ladders". Unfortunately, she already killed all the snakes, so there are only ladders left now.

Hyakugoku wants to finish the game as soon as possible. Thus, on each turn she chooses whether to climb the ladder or not optimally. Help her to determine the minimum expected number of turns the game will take.

Print only one line containing a single floating-point number — the minimum expected number of turns Hyakugoku can take to finish the game. Your answer will be considered correct if its absolute or relative error does not exceed $$$10^{-6}$$$.

A visualization of the path and the board from example 2 is as follows: 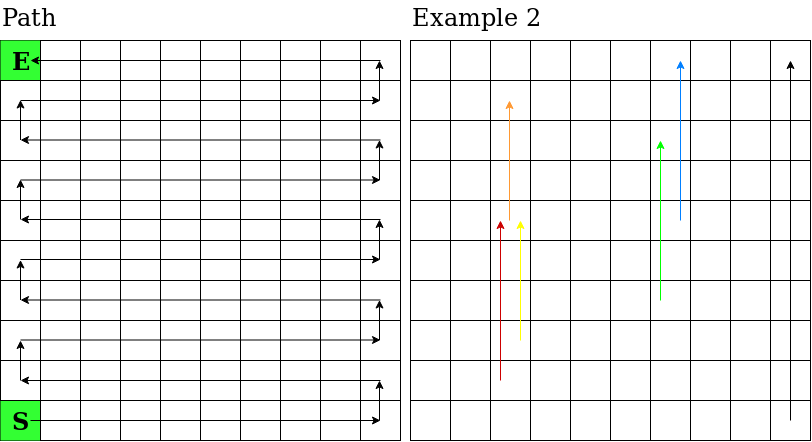 For the first example, there are no ladders.

For the second example, the board looks like the one in the right part of the image (the ladders have been colored for clarity).