A monopole magnet is a magnet that only has one pole, either north or south. They don't actually exist since real magnets have two poles, but this is a programming contest problem, so we don't care.

There is an $$$n\times m$$$ grid. Initially, you may place some north magnets and some south magnets into the cells. You are allowed to place as many magnets as you like, even multiple in the same cell.

Each cell of the grid is colored black or white. Let's consider ways to place magnets in the cells so that the following conditions are met.

Determine if it is possible to place magnets such that these conditions are met. If it is possible, find the minimum number of north magnets required (there are no requirements on the number of south magnets).

If there is no placement of magnets that satisfies all conditions, print a single integer $$$-1$$$.

In the first test, here is an example placement of magnets: 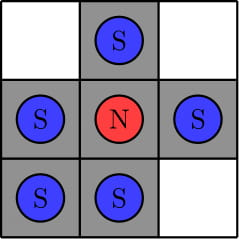 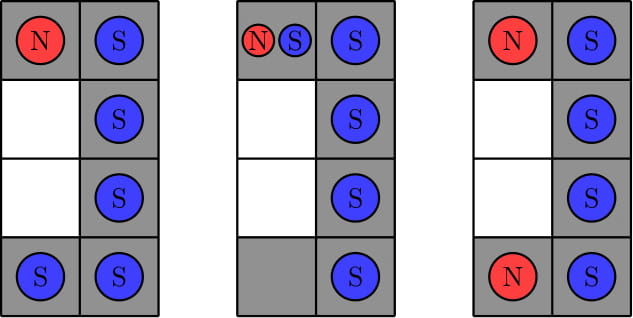 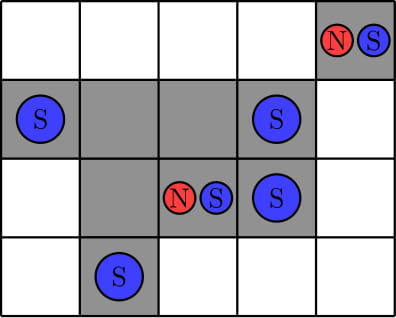 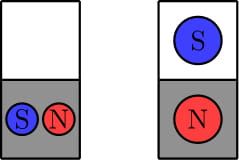 In the fifth test, we can put the south magnet in each cell and no north magnets. Because there are no black cells, it will be a correct placement.