After realizing that Zookeeper is just a duck, the animals have overthrown Zookeeper. They now have to decide a new ruler among themselves through a fighting tournament of the following format:

Who is the new ruler, and after how many fights? Or will it end up that animals fight forever with no one ending up as ruler?

Output two integers in a single line. The first is the index of the animal that will become ruler, and the second is the number of fights passed until some animal becomes the ruler.

If the animals will fight for infinitely long, output -1 -1 instead. 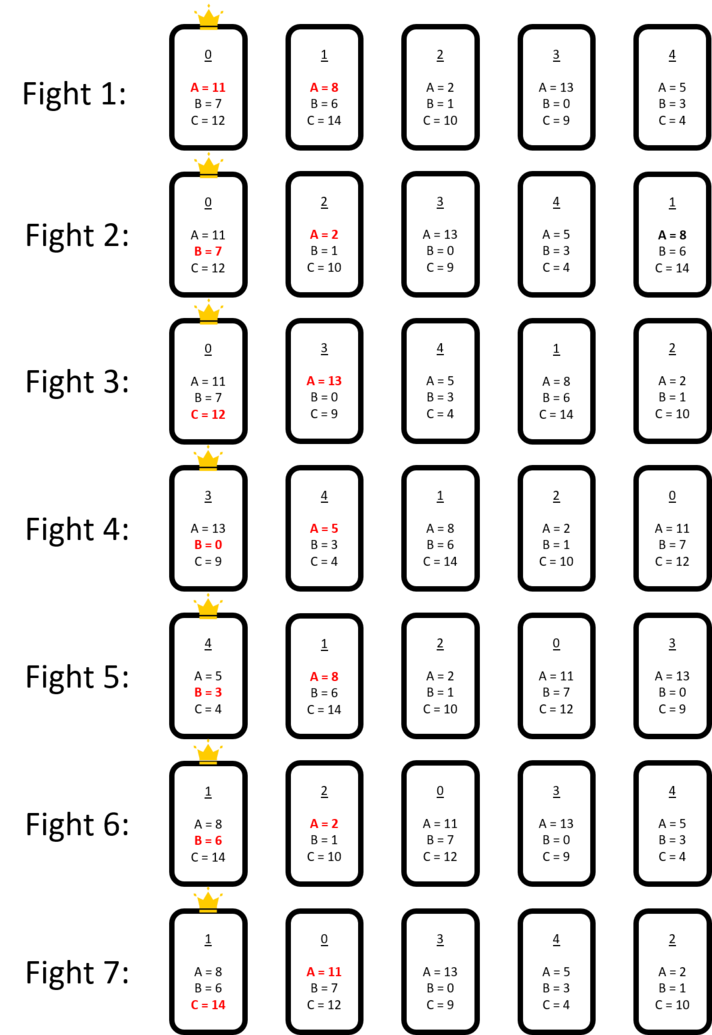