Mars is home to an unusual species of spiders — Binary spiders.

Let's look at an example. 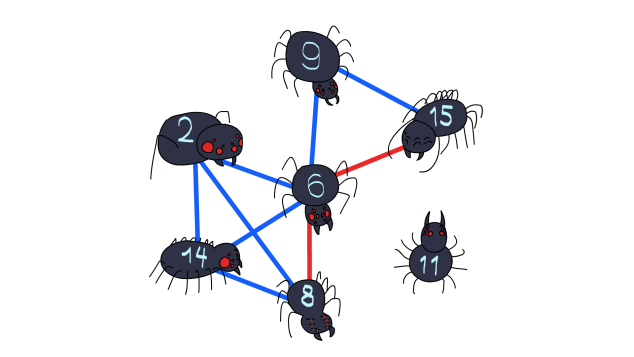 If it is impossible to transmit a message between the given pair of spiders, print $$$-1$$$.

If there are several optimal routes for the message, output any of them.