Lord Tirek is a centaur and the main antagonist in the season four finale episodes in the series "My Little Pony: Friendship Is Magic". In "Twilight's Kingdom" (Part 1), Tirek escapes from Tartarus and drains magic from ponies to grow stronger. 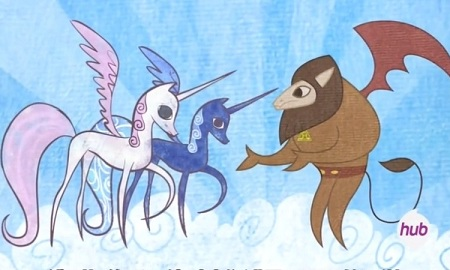 The core skill of Tirek is called Absorb Mana. It takes all mana from a magic creature and gives them to the caster.

Now to simplify the problem, assume you have n ponies (numbered from 1 to n). Each pony has three attributes:

Lord Tirek will do m instructions, each of them can be described with three integers: ti, li, ri. The instruction means that at time ti, Tirek will use Absorb Mana on ponies with numbers from li to ri (both borders inclusive). We'll give you all the m instructions in order, count how much mana Tirek absorbs for each instruction.

For each instruction, output a single line which contains a single integer, the total mana absorbed in this instruction.

For the second instruction, pony 3 has 14 mana and other ponies have mana equal to their mi.