A lot of students spend their winter holidays productively. Vlad has advanced very well in doing so! For three days already, fueled by salads and tangerines — the leftovers from New Year celebration — he has been calibrating his rating in his favorite MOBA game, playing as a hero named Perun.

Perun has an ultimate ability called "Thunderwrath". At the instant of its activation, each enemy on the map (n of them in total) loses

health points as a single-time effect. It also has a restriction: it can only activated when the moment of time is an integer. The initial bounty for killing an enemy is

. Additionally, it increases by

each second. Formally, if at some second t the ability is activated and the i-th enemy is killed as a result (i.e. his health drops to zero or lower), Vlad earns

Every enemy can receive damage, as well as be healed. There are multiple ways of doing so, but Vlad is not interested in details. For each of n enemies he knows:

Obviously, Vlad wants to maximize his profit. If it's necessary, he could even wait for years to activate his ability at the right second. Help him determine the exact second (note that it must be an integer) from 0 (inclusively) to  + ∞ so that a single activation of the ability would yield Vlad the maximum possible amount of gold, and print this amount.

In the second line, there are three integers:

Each of the following n lines has three integers —

The next m lines contain three integers each —

). It is guaranteed that there is no more than one hearth change per second for each enemy: more formally, for each a, b so that 1 ≤ a, b ≤ m, a ≠ b holds that if

Output the single integer — the maximum amount of gold Vlad can obtain if he applies "Thunderwrath" exactly once, or -1 if this amount can be infinitely large.

On the pictures you can see health points of each enemy versus time in sample cases.

Periods when Vlad can kill one enemy are marked with yellow color.

Periods when Vlad can kill two enemies are marked with purple color. 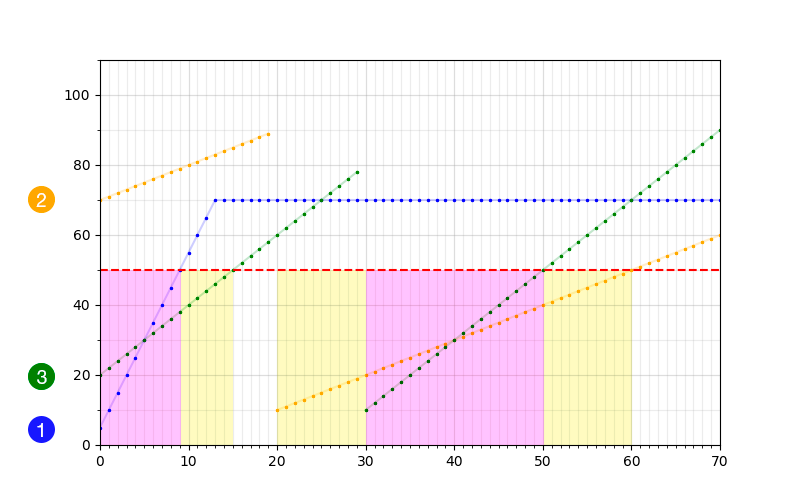 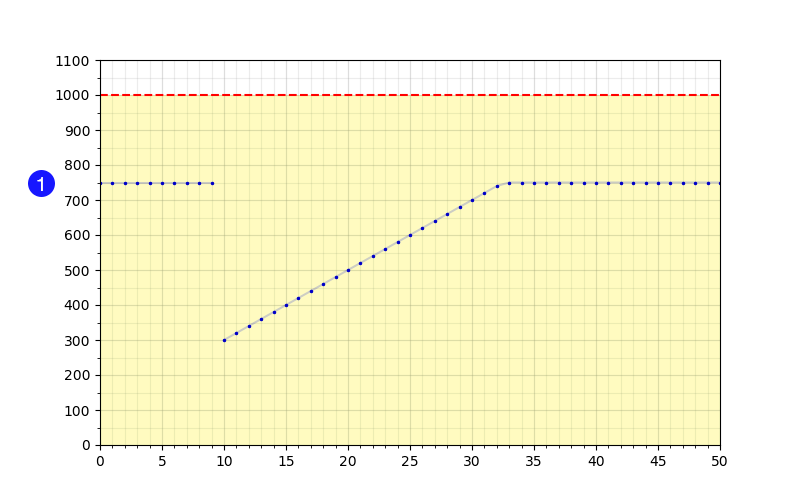 In the second sample case, the maximum amount of health for the enemy 1 is less than the damage dealt by the ability. Hence, the enemy could be killed anytime. As the bounty increases by 50 over the time, the maximum possible amount of gold is infinite.