As we all know, Dart is some kind of creature from Upside Down world. For simplicity, we call their kind pollywogs. Dart and x - 1 other pollywogs are playing a game. There are n stones in a row, numbered from 1 through n from left to right. At most 1 pollywog may be sitting on each stone at a time. Initially, the pollywogs are sitting on the first x stones (one pollywog on each stone). 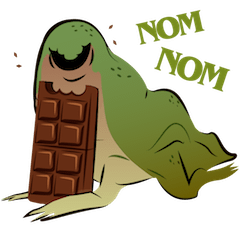 Dart and his friends want to end up on the last x stones. At each second, the leftmost pollywog should jump to the right. A pollywog can jump at most k stones; more specifically, a pollywog can jump from stone number i to stones i + 1, i + 2, ... i + k. A pollywog can't jump on an occupied stone. Jumping a distance i takes ci amounts of energy from the pollywog.

Pollywogs want to spend as little energy as possible (this value could be negative).

They're just pollywogs, so they asked for your help. Tell them the total change in their energy, in case they move optimally.

Print the minimum amount of energy they need, in the first and only line of output.