Hag is a very talented person. He has always had an artist inside him but his father forced him to study mechanical engineering.

Yesterday he spent all of his time cutting a giant piece of wood trying to make it look like a goose. Anyway, his dad found out that he was doing arts rather than studying mechanics and other boring subjects. He confronted Hag with the fact that he is a spoiled son that does not care about his future, and if he continues to do arts he will cut his 25 Lira monthly allowance.

You can assume that the wood that forms the polygon has uniform density and the polygon has a positive thickness, same in all points. After every query of the 1-st type Hag's dad tries to move the polygon a bit and watches it stabilize again.

It is guaranteed that there is at least one query of the second type.

The output should contain the answer to each query of second type — two numbers in a separate line. Your answer is considered correct, if its absolute or relative error does not exceed $$$10^{-4}$$$.

In the first test note the initial and the final state of the wooden polygon. 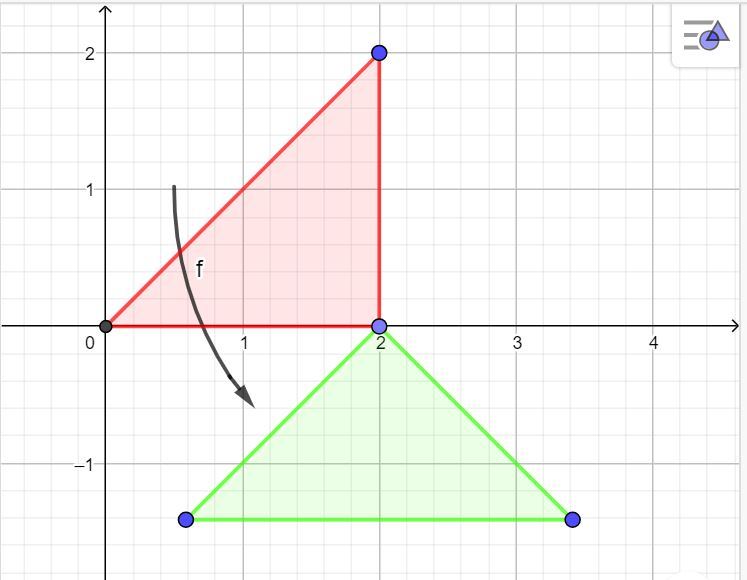 Red Triangle is the initial state and the green one is the triangle after rotation around $$$(2,0)$$$.