After the war, the supersonic rocket became the most common public transportation.

You can manipulate each engine separately. There are two operations that you can do with each engine. You can do each operation as many times as you want.

The engines work as follows: after the two engines are powered, their power sources are being combined (here power sources of different engines may coincide). If two power sources $$$A(x_a, y_a)$$$ and $$$B(x_b, y_b)$$$ exist, then for all real number $$$k$$$ that $$$0 \lt k \lt 1$$$, a new power source will be created $$$C_k(kx_a+(1-k)x_b,ky_a+(1-k)y_b)$$$. Then, this procedure will be repeated again with all new and old power sources. After that, the "power field" from all power sources will be generated (can be considered as an infinite set of all power sources occurred).

Given a supersonic rocket, check whether it is safe or not.

It is guaranteed that there are no two or more power sources that are located in the same point in each engine.

Print "YES" if the supersonic rocket is safe, otherwise "NO".

You can print each letter in an arbitrary case (upper or lower). 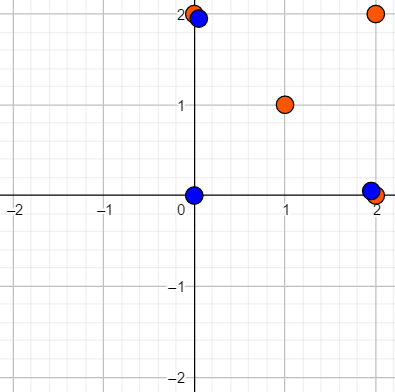 Those near pairs of blue and orange points actually coincide. 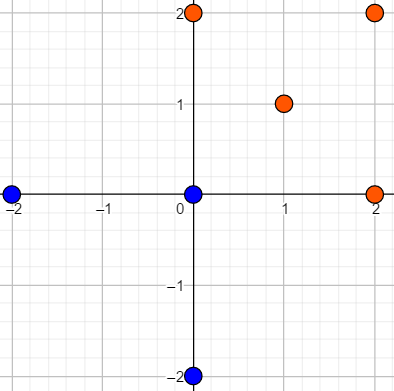 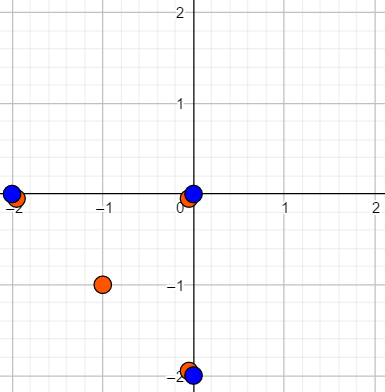 In the second sample, no matter how you manipulate the engines, there always exists a power source in the second engine that power field will shrink if you destroy it.