By azberjibiou, history, 3 days ago,

Hello Codeforces and welcome back to another div2 round.

This round is rated for the participants with ratings strictly lower than 2100. You will be given 6 problems and 2 hours to solve them. All the problems are authored and prepared by YeongTree and me.

The score distributions will be updated later.

By tourist, 5 days ago, translation,

This round is a mirror of VK Cup 2022 Final — annual programming championship for Russian-speaking competitors organized by VK. VK Cup started in 2012 and has grown to be a five-track competition in competitive programming, Mobile, ML, Go, and JavaScript.

You will be given 6 problems and 3 hours to solve them.

By mesanu, history, 7 days ago,

flamestorm, SlavicG, MikeMirzayanov and I want to invite you to Codeforces Round #849 (Div. 4).

The format of the event will be identical to Div. 3 rounds:

We urge participants whose rating is 1400+ not to register new accounts for the purpose of narcissism but to take part unofficially. Please do not spoil the contest for the official participants.

Regardless of whether you are a trusted participant of the fourth division or not, if your rating is less than 1400 (or you are a newcomer/unrated), then the round will be rated for you.

We suggest reading all of the problems and hope you will find them interesting!

This round is rated for the participants with ratings strictly lower than 2100. You will be given 6 problems and 2 hours to solve them. All the problems are authored and prepared by adnan_toky and me. To get the 6 problems approved, we needed to propose 12 problems in total

This is our first round! We've tried our best to make the round enjoyable. It is greatly recommended to read all the problems.

We are looking forward to your participation. Good luck to everyone

UPD2: Congratulations to the winners!

UPD3: Editorial is out

The round is open and rated for everyone. You are given 9 problems, no subtasks or interactive problems, and you have 3 hours to solve them. It is recommended to read all problems. The statements were made as briefly and clearly as we could. Enjoy the contest!

Thanks to Vaticle's sponsership, winners will receive awesome prizes!

Vaticle is a team of people driven to empower engineers to solve complex problems. We are the creators of the strongly-typed database, TypeDB, and its query language, TypeQL. You can find out more about our work from another announcement post, interview post, our website and GitHub pages. You can also apply directly to our team using the button below:

UPD2: Congratulations to the winners:

By Vladosiya, history, 2 weeks ago, translation,

Hello! Codeforces Round #847 (Div. 3) will start at Jan/27/2023 17:35 (Moscow time). You will be offered 6-8 problems with expected difficulties to compose an interesting competition for participants with ratings up to 1600. However, all of you who wish to take part and have a rating of 1600 or higher, can register for the round unofficially.

The round will be hosted by rules of educational rounds (extended ICPC). Thus, solutions will be judged on preliminary tests during the round, and after the round, it will be a 12-hour phase of open hacks.

You will be given 6-8 problems and 2 hours and 15 minutes to solve them.

Note that the penalty for the wrong submission in this round is 10 minutes.

Thanks to MikeMirzayanov for the platform, help with ideas for problems and for coordination of our work. Problems have been created and written by ITMO University team: MikeMirzayanov, myav, Gol_D, Aris, Gornak40, DmitriyOwlet and Vladosiya. Also this time, molney suggested one of the tasks.

By AndreyPavlov, history, 3 weeks ago, translation,

You will have 7 tasks and 2 hours to solve them.

One of the problems will be interactive. Make sure to read this blog and familiarize yourself with these types of problems before the round!

I want to sincerely thank everyone who provided invaluable help in preparing the round and made it many times better:

This is our first official round on Codeforces. We sincerely hope to your participation. We hope that you will like the proposed tasks!

The score will be announced closer to the start of the round.

We wish you good luck and have a good time! See you in the round!

UPD: Round is unrated. We're sorry — it's our fault.

UPD: Tutorial and comment about task C Once again, we apologize for the inconvenience caused.

Interview with a member of the Vaticle team — Krishnan

By vaticle, history, 3 weeks ago,

We’re from Vaticle, and we’re the creators of TypeDB & TypeQL. All members of our team are unique and talented, and today we want to introduce you to one of them. 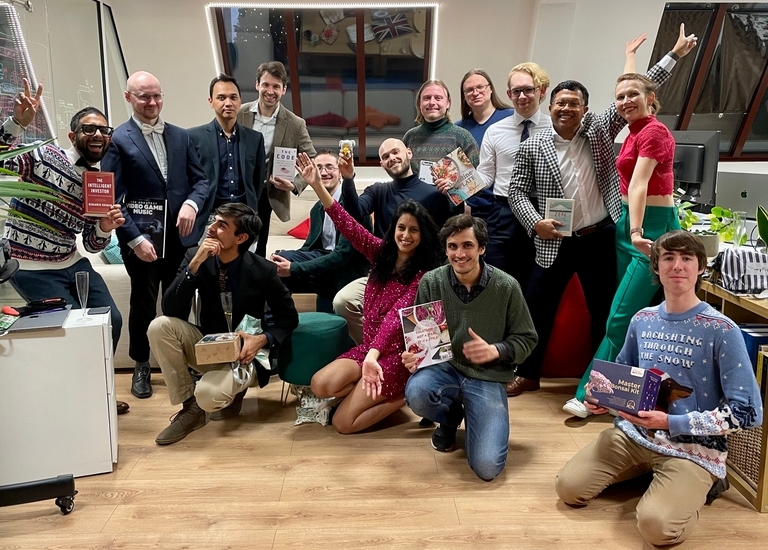 How would you introduce yourself?

I'm Krishnan, I grew up in India and spent a little too much time on the internet and fiddling with my (underpowered) PC. After completing my Bachelor's degree, I spent a year as a software engineer working on a huge data lake, the next as a research fellow trying to permute thread executions to force out concurrency bugs, a year doing a masters with a focus on the old-style AI (and logic-programming). After a short-lived attempt at a Ph.D., I'm now at Vaticle working on the automated reasoning built into our database.

When did you start Competitive Programming?

Probably in my second year of uni. One of my friends decided it would be fun and we just started doing contests. Later on, another friend convinced me to learn a bit more and join his ICPC team. The discussions I had with him were great.

What have you since learned and how has competitive programming impacted your skills?

Everyone reading this knows better than me, but CP has made me a lot better at dissecting a problem better and isolating the crux of it. It also makes you great at coming up with the simplest possible implementation which covers all the (edge) cases. The clarity of thought you need to get an AC is something I would have taken much longer to develop without it.

What is it like working at TypeDB as an Engineer?

The problems you get to work on here at Vaticle are great fun. There's a nice balance of freedom to explore solutions and expectations on output- so you're happy with the state of whatever you're building. It feels like a good time to be at the company because we're stable enough to know what we want to do and have some idea of how we want to do it, but still early enough that you have to define and drive the solution.

Another great thing is the variety of fields we touch on in our work — There's something in it for almost everyone. The query language and type system design, the semantics of the language, the graph traversal algorithm, the storage engine, and its low-level data structures, and the distributed systems aspect to scale it all up. We even have our own IDE (and a very, very cool graph visualizer). You also have to dive into the internals of programming languages, build systems, and cloud infrastructure.

To top it all off, with the group of extremely smart people working here and their varied interests, you have a lot of great (and often tangential) discussions in the meeting room, the lunch table (and the pub). Even so, I think we could do with a few more competitive programmers in the team ;)

What kind of problems are you working on?

The focus of my work is the reasoner (which sits well with my interest in logic programming). The first major piece of work here was the resolution planner – what is the best order to evaluate a recursive query? The discussions with my colleagues were critical to making heads or tails of the problem. It could still use some work though (anyone like decomposing graphs?)

I've since worked on adding arithmetic & aggregate queries into the system — which involved finding the right conceptual model to think about all these in a graph setting. We've had some great discussions on the various database models and how it fits into their systems.

The next chunk of work I look forward to is to tame the reasoner a little more. The current solution is very elegant — it's simple and powerful as a direct result of its simplicity. We just need to add a few missing properties to the resolution procedure to bring it up to the state of the rest of the system.

So, if you already want to become a member of our team, then without delay fill out this form. But, if you need more details about us and our work, we invite you to our website and GitHub pages.

Educational Codeforces Round 142 [Rated for Div. 2]

By awoo, history, 2 weeks ago, translation,

This round will be rated for the participants with rating lower than 2100. It will be held on extended ICPC rules. The penalty for each incorrect submission until the submission with a full solution is 10 minutes. After the end of the contest, you will have 12 hours to hack any solution you want. You will have access to copy any solution and test it locally.

You will be given 6 or 7 problems and 2 hours to solve them.

Good luck to all the participants!

Our friends at Harbour.Space also have a message for you: 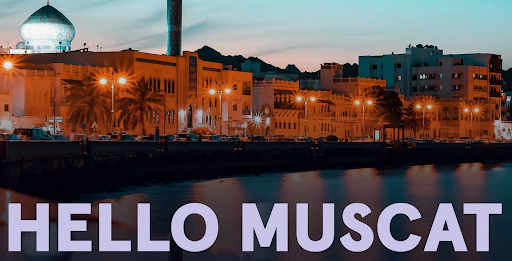 Preparations are under way for the second “Hello Muscat 2023” ICPC programming bootcamp, the continuation of the “Hello” bootcamp series, organised by Harbour.Space University, in collaboration with PhazeRo, Gutech, UK Oman Digital Club, Leagues of Code, Gutech CS Club and Codeforces!

Quite exciting, isn’t it? Now it's time for you to dive deeper into the competitive programming world with the 8 days intensive Hello Muscat 2023. It will take place in Muscat, Oman and online from March 8th to March 16th, 2023, both participation formats are available. As always, we can’t wait to see you there to learn, practice and compete on the international stage, smoothing your road towards the joined World Finals 2022 and 2023 in Egypt!

The Bootcamp will be split into three divisions:

Types of participation: On-Site and Online

_We believe that participation in our Bootcamp should be accessible by all teams wherever they are and that is why we made onsite and online types of participation. 20% Early Bird Discount is offered to universities and participants who register and pay before Jan 31st 2023.

What is included: training, contests, access to the recordings of the lectures, accommodation for 9 nights in a 4 star hotel Mysk, breakfast and lunch, transfer from hotel to venue every day, leisure, entertainment and welcome pack.

What is included: training, contests, access to the recordings of the lectures.

Good luck with the round!

Announcement of Educational Codeforces Round 142 (Rated for Div. 2)