Make sure you read all problems, and I'm happy to announce the theme of this round is déjà vu! Good luck, have fun!

The score distribution will be announced immediately because you deserve it ❤️:

By Nickolas, 5 weeks ago,

The contest is over; I hope you enjoyed it! The editorial is available here.

The 9th April Fools Day Contest will take place on Thursday April 1st. This is a joke competition in which solving the problem is often easier than figuring out what the actual task is.

In this round you'll be given several weird problems and 2 hours to solve them. The contest will use ACM ICPC rules (no hacks, the standings are decided by the number of solved problems and penalty time earned on them), and it will be unrated. You can submit solutions in any language allowed by Codeforces, unless the problem says otherwise. To get an idea of what the contest will look like, you can check out the contests of the past years: 2012, 2013, 2014, 2016, 2017, 2018, 2019, 2020.

Good luck, and have fun!

This contest comes under Threads'21, as a part of our annual techno-cultural fest Felicity, IIIT Hyderabad. We have special prizes for Indian participants! 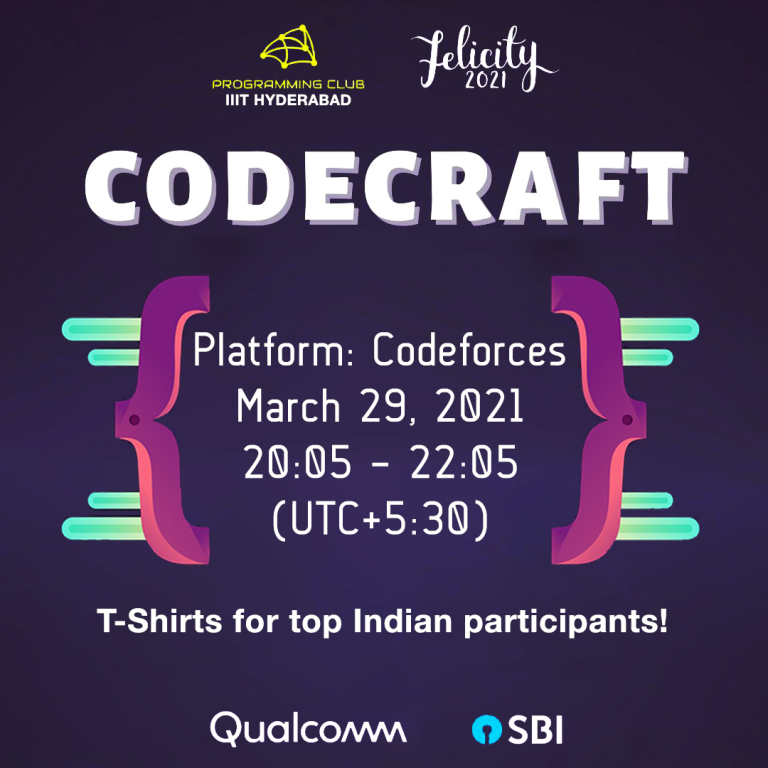 You will be given six problems to solve in a duration of two hours.

We have tried our best to keep clean statements, useful samples with good explanations, and strong pretests! We have written step-wise editorials, and will also release video editorials!

We would like to thank these amazing people for helping make the contest happen:

There will be an interactive problem! You are recommended to read the corresponding guide.

We hope you enjoy the contest as much as we did preparing it! Good luck!

Update: Editorial is up! Video editorials available on our YouTube channel.

We are sorry for the sudden increase in difficulty from C to D. Nonetheless we hope you enjoyed the problems! :)

These ranks are determined from the combined unofficial ranklist. We are coordinating with the CF team for the tshirt design, and we'll update the blog post when it is finalized. We also have INR 7K worth prizes exclusively for IIIT-Hyderabad students!

By Supermagzzz, 4 weeks ago, translation,

Hello! Codeforces Round #710 (Div. 3) will start at Mar/25/2021 17:35 (Moscow time). You will be offered 7 problems with expected difficulties to compose an interesting competition for participants with ratings up to 1600. However, all of you who wish to take part and have a rating 1600 or higher, can register for the round unofficially. The round will be hosted by rules of educational rounds (extended ICPC). Thus, during the round, solutions will be judged on preliminary tests, and after the round it will be a 12-hour phase of open hacks. I tried to make strong tests — just like you will be upset if many solutions fail after the contest is over.

Note that the penalty for the wrong submission in this round (and the following Div. 3 rounds) is 10 minutes.

Thanks to MikeMirzayanov for platforms and coordination of our work. Good luck!

By JetBrains, history, 4 weeks ago, translation, 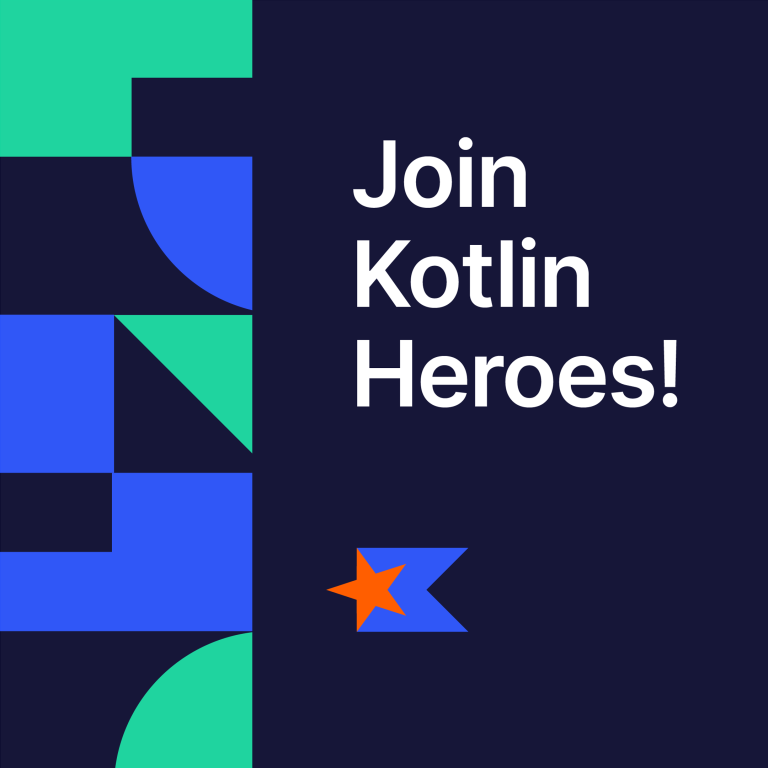 The sixth round of the Kotlin Heroes series recently finished! All the rounds are available to be used for practice here: Episode 1, Episode 2, Episode 3, Episode 4, Episode 5: ICPC Round and Episode 6). Thanks to everyone who participated – you inspire us to work even harder on the problems for the next round, and we think you’re really going to like them!

Congratulations to the top three contestants:

A Kotlin Heroes t-shirt and exclusive Kotlin stickers will be presented to:

We will contact the winners soon to coordinate the delivery of your prizes!

Special thanks goes to SecondThread for streaming the solutions of the entire practice round. Check out this wonderful tutorial: https://codeforces.com/stream/203

If you are still new to Kotlin but want to give it your all in the next round, take a look at Basic Kotlin (solve Koans), Kotlin Playground, this tutorial, and these videos on competitive programming in Kotlin.

We wish you all the best and hope you enjoy coding with Kotlin!

By KAN, 5 weeks ago, translation,

For those who want to compete on the same problems, we will hold two regular Codeforces Rounds in the evening: one for the first division, and another one for the second. The rounds are starting at Mar/21/2021 16:20 (Moscow time).

Congratulations to winners of Codeforces Rounds!

Thanks for participation! Editorial.

Educational Codeforces Round 106 [Rated for Div. 2]

By awoo, history, 5 weeks ago, translation,

This round will be rated for the participants with rating lower than 2100. It will be held on extended ICPC rules. The penalty for each incorrect submission until the submission with a full solution is 10 minutes. After the end of the contest you will have 12 hours to hack any solution you want. You will have access to copy any solution and test it locally.

You will be given 6 or 7 problems and 2 hours to solve them.

Good luck to all the participants!

Our friends at Harbour.Space also have a message for you:

We are coming with another scholarship opportunity to share with you. This time, our scholarship is targeted towards the brightest women in the community.

As you might know, March is the month where the whole world celebrates women. At Harbour.Space we want to use this opportunity to encourage more women to join the tech world and challenge the gender-bias in this field.

You can find more information about the scholarship here.

Make sure to apply before March 31st to benefit from the scholarship and discount.

Don’t hesitate to share this opportunity with any bright women in your personal circle as well. A simple share can help us transform someone's life.

We are always happy to see Codeforce members join the Harbour.Space family.

Good luck on your round, and see you next time!

Announcement of Educational Codeforces Round 106 (Rated for Div. 2)

By shishin, history, 6 weeks ago, translation,

These are some awesome people that we would like to thank:

You will have 2 hours to solve 5 problems (and 2 subtasks). This time the statements are not related to Valorant, but we still play it sometimes.

We hope that you will like all problems and you won't face any troubles during the contest. Good luck!

By MikeMirzayanov, 6 weeks ago,

I understand that 2021 has been going on for a long time, but here I have picked up a subset of some of the improvements that the Codeforces team made in 2020. Soon I will publish numbers (no, charts) with statistics for 2020. In the meantime, I bring to your attention a list of changes and improvements.

By the way, this is a decent list. This is about half to a quarter of all changes. It's just that other changes are more often somewhere in the internals of the system and are not visible to users. Please read this list. Each item is the effort of someone from the team. Thanks to geranazavr555, kuviman and cannor147 for their efforts. You've made our platform better! Well, by the way, I don't quit programming and many improvements were made by me.

The items on the list are written in a concise and informal form, many of the items I just copied from commit messages from git. If you want more details — ask in the comments, we will tell you! Of course, I forgot to include some improvements in the list.

Codeforces Round #707 (Div.1, Div.2, based on Moscow Open Olympiad in Informatics, rated)

By ch_egor, 6 weeks ago, translation,

Open Olympiad consists of the most interesting and hard problems that are proposed by a wide community of authors, so we decided to conduct a Codeforces regular round based on it, which will happen on Mar/13/2021 12:05 (Moscow time) and will be based on both days of the Olympiad. Each division will have 6 problems and 2 and a half hours to solve them.

We kindly ask all the community members that are going to participate in the competition to show sportsmanship by not trying to cheat in any manner, in particular, by trying to figure out problem statements from the onsite participants. If you end up knowing some of the problems of Moscow Open Olympiad (by participating in it, from some of the onsite contestants or in any other way), please do not participate in the round. We also ask onsite contestants to not discuss problems in public. Failure to comply with any of the rules above may result in a disqualification.

Thanks to adedalic and KAN for the round coordination, statement translation and preparation of problems for the second division, and also thanks for MikeMirzayanov for systems Codeforces and Polygon, which was used to prepare problems of this olympiad.

Also thanks to 4qqqq and Aleks5d for providing an additional problems that helped to create (I hope) a balanced problem set for the round, and Um_nik for testing!

Due to the official competition source codes of other participants will not be available for an hour after the end of the round.

Please do not discuss problems publicly until 12:30 UTC.

The scoring distribution for both divisions is not standard:

Announcement of Codeforces Round #707 (Div. 1, based on Moscow Open Olympiad in Informatics)

Announcement of Codeforces Round #707 (Div. 2, based on Moscow Open Olympiad in Informatics)