Since Sergey is a very curious boy, he immediately came up with a thing to do. He decided to find a set $$$Q$$$ of vertices in this graph, such that no two vertices $$$x, y \in Q$$$ are connected by an edge, and it is possible to reach any vertex $$$z \notin Q$$$ from some vertex of $$$Q$$$ in no more than two moves.

After a little thought, Sergey was able to solve this task. Can you solve it too?

If multiple answers exist you can output any of them. In particular, you don't have to minimize the number of vertices in the set. It is guaranteed, that there is always at least one valid set.

The following pictures illustrate sample tests and their answers. 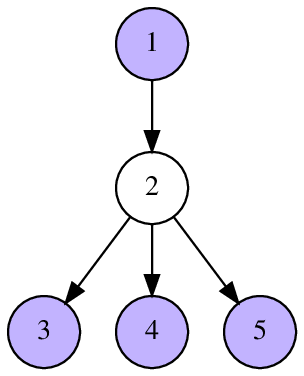 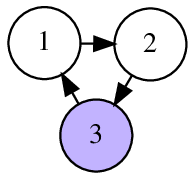