Bob is a duck. He wants to get to Alice's nest, so that those two can duck! 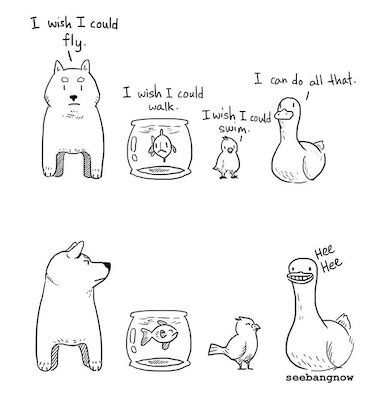 Duck is the ultimate animal! (Image courtesy of See Bang)

The journey can be represented as a straight line, consisting of $$$n$$$ segments. Bob is located to the left of the first segment, while Alice's nest is on the right of the last segment. Each segment has a length in meters, and also terrain type: grass, water or lava.

What is the shortest possible time in which he can reach Alice's nest?

It is guaranteed that the first segment is not Lava.