The rectangles are placed on field in the following way:

Find out how many cells should be marked after the ship is destroyed. The field of the game is infinite in any direction.

Print exactly one integer — the number of cells, which should be marked after the ship is destroyed.

In the first example the field looks as follows (the first rectangle is red, the second rectangle is blue, green shows the marked squares): 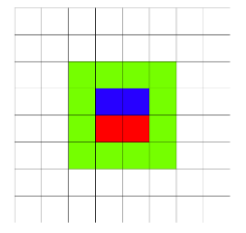 In the second example the field looks as: 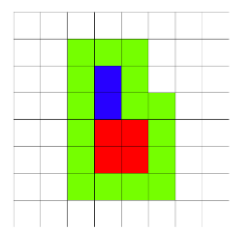