There is a weighted tree with $$$n$$$ nodes and $$$n-1$$$ edges. The nodes are conveniently labeled from $$$1$$$ to $$$n$$$. The weights are positive integers at most $$$100$$$. Define the distance between two nodes to be the sum of edges on the unique path between the nodes. You would like to find the diameter of the tree. Diameter is the maximum distance between a pair of nodes.

In the first example, the first tree looks as follows: 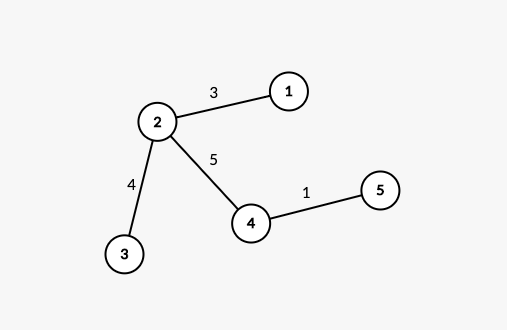 The second tree is a tree with two nodes with an edge with weight $$$99$$$ between them.