In anticipation of new adventures Boots wanted to do a good deed. After discussion with the Map and Backpack, they decided to gift Dora a connected graph. After a long search, Boots chose $$$t$$$ graph's variants, which Dora might like. However fox Swiper wants to spoil his plan.

Boots are sure, that the crime can not be allowed. However they are afraid, that they won't be able to handle this alone. So Boots decided to ask for your help. Please determine for every graph's variant whether the Swiper can perform the theft or not.

It's guaranteed, that the graph is connected and doesn't contain multiple edges or self-loops.

Descriptions of graph's variants are separated with an empty line.

In case there are several correct ways to steal the vertices, print any of them.

Please note, that it's not required to maximize the number of stolen vertices.

The picture below shows the third variant from the example test. The set of the vertices the Crook can steal is denoted with bold. 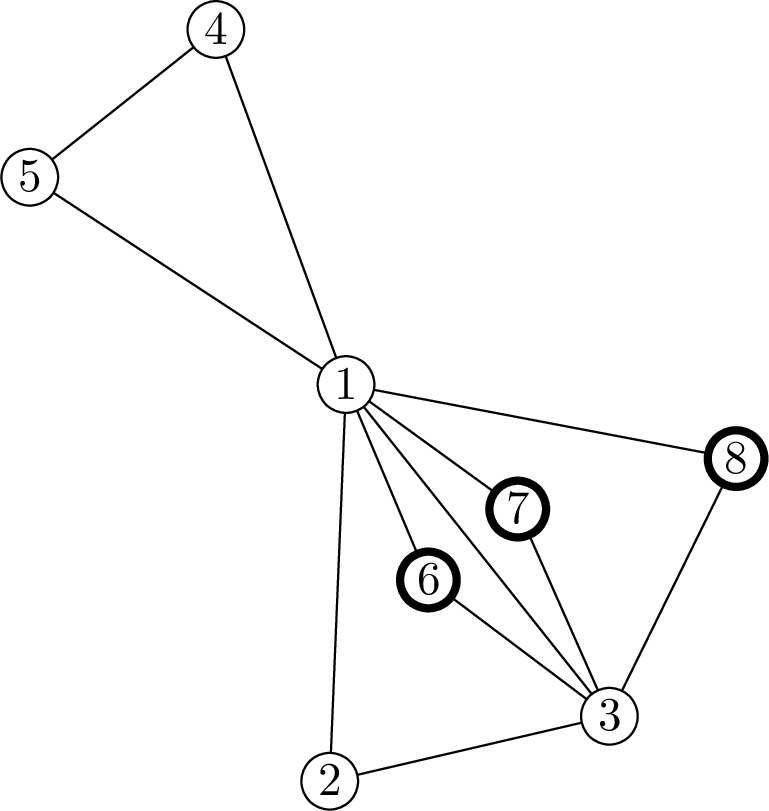