Long is a huge fan of CFC (Codeforces Fried Chicken). But the price of CFC is increasing, so he decides to breed the chicken on his own farm.

His farm is presented by a rectangle grid with $$$r$$$ rows and $$$c$$$ columns. Some of these cells contain rice, others are empty. $$$k$$$ chickens are living on his farm. The number of chickens is not greater than the number of cells with rice on the farm.

Long wants to give his chicken playgrounds by assigning these farm cells to his chickens. He would like to satisfy the following requirements:

Long also wants to prevent his chickens from fighting for food. Hence he wants the difference between the maximum and the minimum number of cells with rice assigned to a chicken to be as small as possible. Please help him.

Each of the next $$$r$$$ lines contains $$$c$$$ characters, each is either "." or "R", representing an empty cell or a cell with rice. It is guaranteed that the number of chickens is not greater than the number of cells with rice on the farm.

If there are multiple optimal answers, print any.

These pictures explain the sample output. Each color represents one chicken. Cells filled with patterns (not solid colors) contain rice.

In the first test case, each chicken has one cell with rice. Hence, the difference between the maximum and the minimum number of cells with rice assigned to a chicken is $$$0$$$. 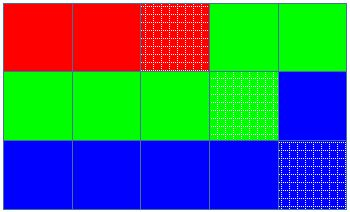 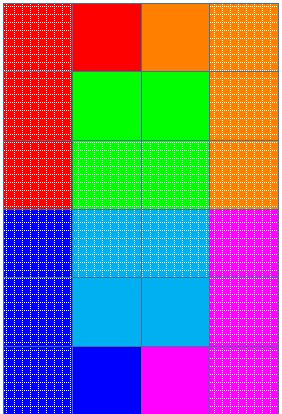 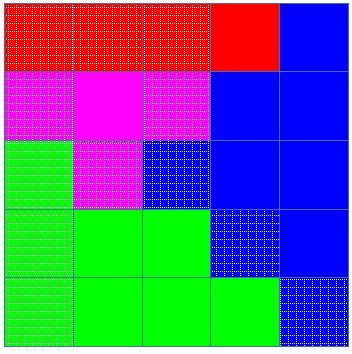 In the last test case, since there are $$$62$$$ chicken with exactly $$$62$$$ cells of rice, each chicken must be assigned to exactly one cell. The sample output is one of the possible way.