An electrical grid in Berland palaces consists of 2 grids: main and reserve. Wires in palaces are made of expensive material, so selling some of them would be a good idea!

In other words, every grid is a rooted directed tree on $$$n$$$ leaves with a root in the node, which number is $$$1$$$. Each tree has independent enumeration and nodes from one grid are not connected with nodes of another grid. 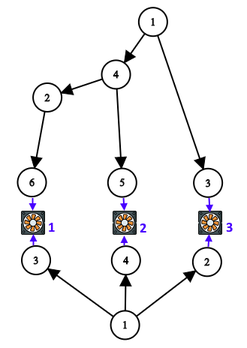 It is guaranteed that the whole grid (two grids and $$$n$$$ devices) can be shown in this way (like in the picture above):

Businessman wants to sell (remove) maximal amount of wires so that each device will be powered from at least one grid (main or reserve). In other words, for each device should exist at least one path to the head node (in the main grid or the reserve grid), which contains only nodes from one grid.

It is guaranteed that each grid is a tree, which has exactly $$$n$$$ leaves and each leaf is connected with one device. Also, it is guaranteed, that for each tree exists a depth-first search from the node $$$1$$$, that visits leaves in order of connection to devices.

Print a single integer — the maximal amount of wires that can be cut so that each device is powered.

For the first example, the picture below shows one of the possible solutions (wires that can be removed are marked in red): 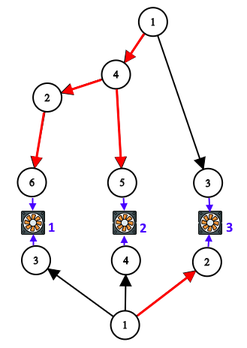 The second and the third examples can be seen below: 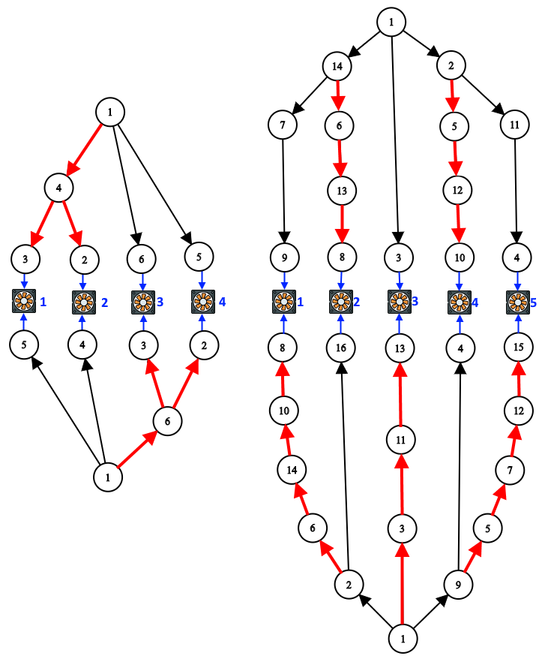