Guy-Manuel and Thomas are planning $$$144$$$ trips around the world.

You are given a simple weighted undirected connected graph with $$$n$$$ vertexes and $$$m$$$ edges with the following restriction: there isn't any simple cycle (i. e. a cycle which doesn't pass through any vertex more than once) of length greater than $$$3$$$ which passes through the vertex $$$1$$$. The cost of a path (not necessarily simple) in this graph is defined as the XOR of weights of all edges in that path with each edge being counted as many times as the path passes through it.

You may choose any subset of edges incident to the vertex $$$1$$$ and remove them. How many are there such subsets, that, when removed, there is not any nontrivial cycle with the cost equal to $$$0$$$ which passes through the vertex $$$1$$$ in the resulting graph? A cycle is called nontrivial if it passes through some edge odd number of times. As the answer can be very big, output it modulo $$$10^9+7$$$.

The pictures below represent the graphs from examples. 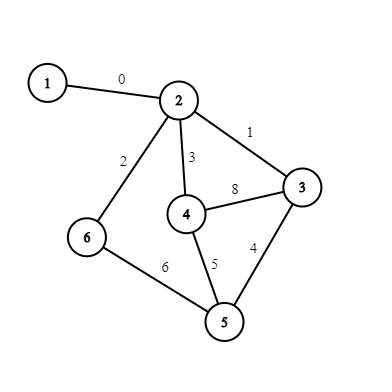 In the first example, there aren't any nontrivial cycles with cost $$$0$$$, so we can either remove or keep the only edge incident to the vertex $$$1$$$. 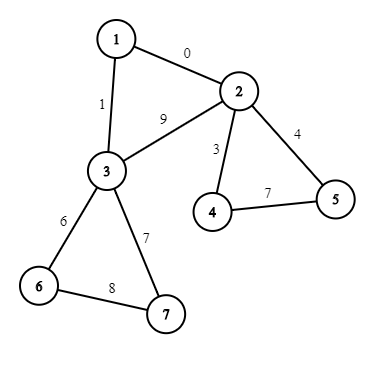 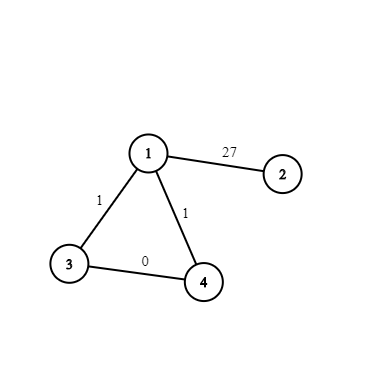