Calculate the number of ways to place $$$n$$$ rooks on $$$n \times n$$$ chessboard so that both following conditions are met: 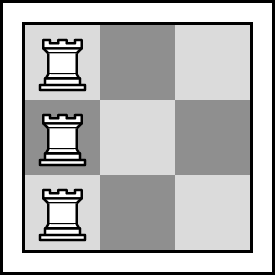 Two ways to place the rooks are considered different if there exists at least one cell which is empty in one of the ways but contains a rook in another way.